Source: Buy These 2 Biotech Stocks on the Dip After an FDA Delay

There are two words that no biotech likes to hear: clinical hold.

Vertex and CRISPR Therapeutics stocks fell on the news of the FDA’s action. However, I think the delay presents a great opportunity for long-term investors to scoop up shares of both biotech stocks on the cheap. 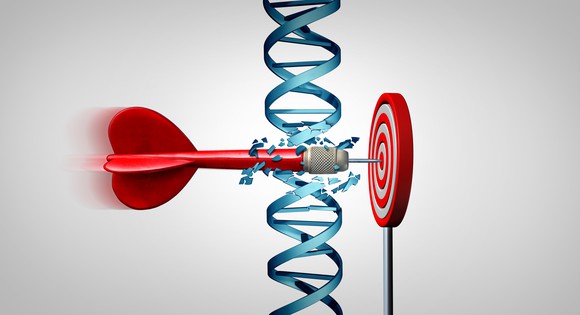 The FDA can place a proposed phase 1 study on clinical hold for any of five reasons:

Although we don’t know for sure, I suspect that the No. 4 reason is the most likely factor behind the FDA’s clinical hold. CRISPR Therapeutics and Vertex stated that the clinical hold was placed “pending the resolution of certain questions that will be provided by the FDA as part of its review of the IND.”

It’s not surprising to me at all that the FDA could have more questions. The proposed phase 1/2 study of CTX001 would probably be the first clinical trial in humans for a gene-editing therapy using CRISPR-Cas9, which uses a bacterial enzyme to cut targeted sections of DNA.

Only a speed bump

I believe that it’s most appropriate to view the FDA clinical hold as a speed bump rather than a roadblock. CRISPR Therapeutics and Vertex appear to share this belief. The announcement from the two biotechs stated that they “expect to obtain additional information on the FDA’s questions in the near future and plan to work rapidly with the FDA toward a resolution.”

However, I also realize that there are some who question whether CRISPR-Cas9 will ever live up to its potential. These skeptics were quick to jump on the news reported in May 2017 that using CRISPR-Cas9 could cause unexpected mutations in genes. Some also celebrated the findings from earlier this year suggesting that many people could have immune responses to Cas9, which could interfere with the use of CRISPR-Cas9 in humans.

But the study reporting unexpected mutations resulting from the use of CRISPR-Cas9 turned out to be off base. The researchers ultimately retracted their initial paper and stated that “CRISPR-Cas9 editing can precisely edit the genome at the organismal level and may not introduce numerous, unintended, off-target mutations.”

The issue related to the possibility of human immune responses to Cas9 is a real one. However, one of the lead authors of that paper — one of CRISPR Therapeutics’ scientific founders — acknowledged that there would be ways to work around any potential problems.

With a technology like CRISPR-Cas9, I think that the FDA is taking the right approach by being cautious and as thorough as possible before allowing human clinical testing. But I don’t doubt for a second that CRISPR Therapeutics and Vertex will be able to move forward with the phase 1/2 study of CTX001 once the FDA’s questions are answered. I also fully expect others researching CRISPR-based gene-editing therapies will advance to clinical studies in the not-too-distant future.

In my view, investors should think big when it comes to CRISPR Therapeutics and Vertex. It’s still really early for CRISPR Therapeutics, but there’s a huge potential for use of gene editing in treating sickle cell disease and beta-thalassemia, both of which are caused by mutations in the same gene.

As for Vertex, the promise of gene editing is only a small component of the investing thesis for the biotech. Vertex already enjoys a virtual monopoly in treating cystic fibrosis (CF) with its three approved drugs Kalydeco, Orkambi, and Symdeko. The company has a big head start over rivals in developing triple-drug combos for treating CF that could help even more patients.

The clinical hold is a more significant issue for CRISPR Therapeutics than it is for Vertex. However, I don’t think either of these two biotech stocks will be held back for too long.