Here's Why the Top CRISPR Stocks Rose as Much as 47.1% in May

Source: Here's Why the Top CRISPR Stocks Rose as Much as 47.1% in May

It was a great month for shareholders holding any piece of the fledgling field of CRISPR gene editing technologies. Shares of Editas Medicine (NASDAQ:EDIT) rose over 22%, Intellia Therapeutics (NASDAQ:NTLA) gained 33.4%, and CRISPR Therapeutics (NASDAQ:CRSP) jumped an impressive 47.1%, according to data provided by S&P Global Market Intelligence.

What moved these CRISPR stocks higher? Last month all three companies announced first-quarter 2018 financial results and provided updates on their respective drug development efforts. Broadly speaking, investors are excited about the coming initiation of clinical trials — which will be the first ever for CRISPR drug candidates in the United States — and are racing to own a piece of the action ahead of expected catalysts. However, there are company-specific factors investors should know. 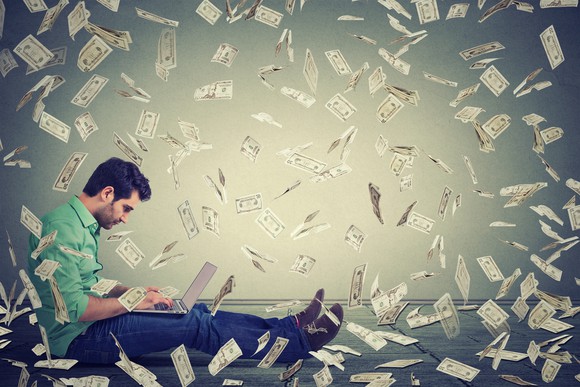 Since all CRISPR stocks represent development-stage biopharmas, the updates provided during quarterly earnings releases aren’t very important from a financial perspective — with the possible exception of cash balances. Rather, quarterly updates are times for gene-editing companies to announce pipeline and collaboration updates.

With that in mind, Editas Medicine announced that it ended March with $359 million in cash and cash equivalents. The company is barreling toward filing an investigational new drug (IND) application in mid-2018 for its lead drug candidate, EDIT-101, to be evaluated as a possible treatment for Leber’s Congenital Amaurosis type 10 (LCA10), an eye disease that impairs vision.

In fact, Editas Medicine presented data later in May on EDIT-101 showing it was well-tolerated in nonhuman primates (which may be the golden standard for getting the first CRISPR drugs into clinical trials), using the same procedure the company plans to use in a phase 1/2 trial in humans. There was also news of an expanded collaboration with Celgene in oncology applications, and more preclinical data was generated for potential treatments in eye and blood diseases. 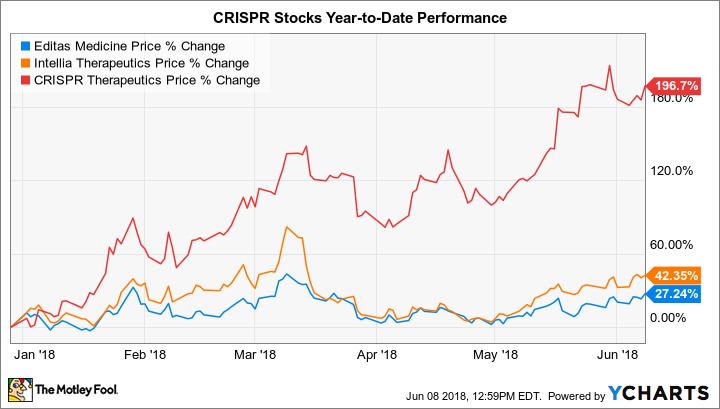 Intellia Therapeutics announced that it ended March with $328 million in cash and cash equivalents. It was the first full quarter with new CEO Dr. John Leonard at the helm; he was appointed to broaden the clinical strategy, and ensure the company didn’t fall behind its peers. The CRISPR pioneer plans to submit an IND for its lead drug candidate, a potential treatment for the rare metabolic disease transthyretin amyloidosis, by the end of 2019.

While that may seem far off, more time is needed to generate data on a novel lipid nanoparticle delivery system (one of the most important parts of a gene-editing therapeutic) and possible dosing regimens. Since there’s no blueprint to follow for CRISPR gene-editing therapeutics, it may prove best to walk slowly to avoid costly missteps in the clinic. Additionally, two other rare hereditary diseases showed further progress in preclinical studies, while Intellia Therapeutics also announced its first target for edited immune cells for cell-therapy applications.

Last but not least, CRISPR Therapeutics announced that it ended March with $342 million in cash and cash equivalents. The company expects to begin clinical trials to evaluate its lead drug candidate, CTX001, as a potential treatment for blood disorders such as sickle-cell disease in 2018. Or, it did, but the drug was put on a clinical hold by the U.S. Food and Drug Administration.

There’s an argument to be made that the recent slide creates a buying opportunity, especially considering that the “clinical hold” was put in place for an asset that’s not even in the clinic yet; nonetheless, CRISPR Therapeutics will look to clear that up. It also expects to file an IND for its second therapeutic asset, CTX101, by the end of 2018; the drug candidate is a CRISPR-edited CAR-T therapeutic designed to target specific markers of B-cell cancers.

CRISPR stocks were a hot commodity last month, which isn’t surprising given all the hype and promise surrounding gene editing. There were also several major clinical conferences for oncology and gene therapy, which helped to keep the pioneering efforts of these companies at the forefront of the market’s awareness. So although there’s a long way to go before any of these approaches yields a commercial product, investors can expect a volatile — and perhaps lucrative — journey through the stock market to continue.