CRISPR Could Cause Cancer? Here Are 3 Reasons Investors Shouldn't Panic

First do no harm.

But should investors panic because of the possibility that CRISPR-Cas9 could cause cancer? Not at all. Here are three reasons why you should remain calm. 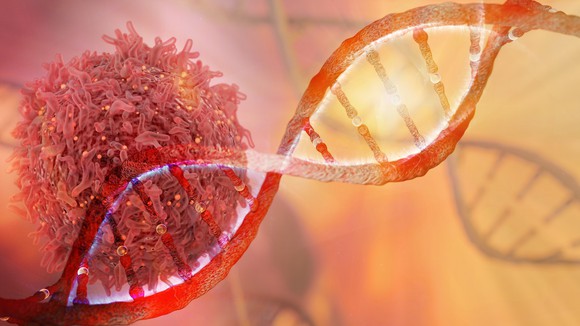 Do initial research findings in the scientific community sometimes prove to be incomplete or even incorrect? Absolutely. It has even happened relatively recently with CRISPR-Cas9.

In May 2017, a paper was published in Nature Methods that stated CRISPR-Cas9 could cause hundreds of unintended mutations. This news caused investors to worry that the gene-editing approach could prove to be seriously flawed. CRISPR Therapeutics, Editas Medicine, and Intellia Therapeutics stocks tanked. Sounds familiar, right?

However, less than a year later, the authors of that study issued a retraction and posted an error correction to another scientific website. It turned out that their initial findings were wrong.

Now, that might not happen in this case. I think it probably won’t. However, the bottom line is that it’s still early. More research will need to be conducted to determine if there really is a clear link between using CRISPR-Cas9 and increased risk of cancer and, if there is, how significant that risk is.

It’s important to understand what the two papers published this week stated. Basically, the research found that when CRISPR-Cas9 is used to edit DNA sequences, most cells try to repair the DNA damage. However, this response doesn’t occur in cells with dysfunctional p53 genes. As a result, CRISPR-Cas9 works better in these cells.

The problem is that cells with p53 gene mutations have been associated with higher risks of several types of cancer. These mutations occur in nearly half of ovarian cancer cases and in over 40% of cases of larynx, head and neck, esophageal, and colorectal cancer.

Here’s what you should really know, though: This issue should only be a factor when CRISPR-Cas9 is used to delete DNA sequences and insert a new DNA sequence, a process referred to as gene correction. But when only gene disruption — the deletion of a DNA sequence — is involved, CRISPR-Cas9 works fine in cells that don’t have the p53 gene mutations.

The lead candidates for CRISPR Therapeutics, Editas, and Intellia have two things in common. First, they all use CRISPR-Cas9 to edit genes for treatment of rare genetic diseases. Second, each of the lead candidates involves gene disruption rather than gene correction.

Are the findings that CRISPR-Cas9 could be linked to increased cancer risk problematic for the biotechs? Sure. All three companies have preclinical programs that use gene correction. But the most important therapies for the biotechs right now shouldn’t increase cancer risk.

Don’t view the potential that the use of CRISPR-Cas9 in gene correction could increase the risk of cancer as a roadblock. It’s much more likely to merely be a speed bump.

The lead researcher of one of the teams that published an article in Nature Medicine, Jussi Taipale, stated that CRISPR-Cas9 is “clearly going to be a major tool for use in medicine” and that ways to overcome the potential problems could be found.

There are other bacterial enzymes other than Cas9 that can be used for CRISPR gene editing. Editas Medicine, for example, is currently researching use of the Cpf1 enzyme as wells as variants of both Cas9 and Cpf1. It’s possible that use of these enzymes in cutting DNA won’t induce a response like CRISPR-Cas9 does.

I know that it’s become a cliche, but investors really should think long term. That’s especially true with emerging technologies like gene editing.

More potential issues could be identified in the future with CRISPR. Some of them might be problematic. Others won’t. But there’s too much potential for gene editing, particularly the use of a simple and cheap method like CRISPR, for researchers to throw their hands up in the air whenever a potential issue is found.

In my view, nothing has been found that should prevent CRISPR Therapeutics, Editas Medicine, and Intellia Therapeutics from advancing their lead candidates. And even if using CRISPR-Cas9 for gene correction is proven to increase the risk of cancer, I fully expect that better alternative approaches will be found.

Over the long run, I think that CRISPR gene editing will help a lot more than it will harm. Investors who panic now will miss out on the tremendous potential for this promising technology.