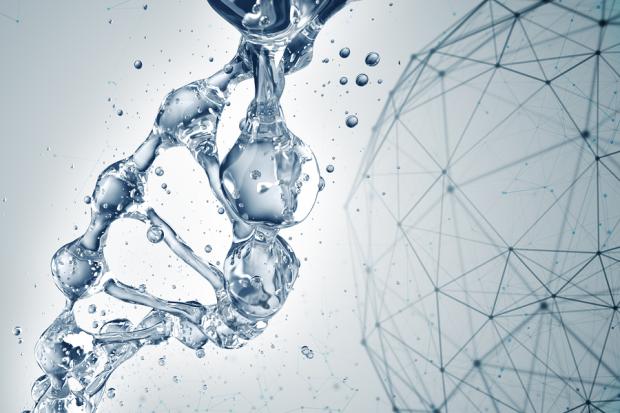 By far the most exciting real-time revolution unfolding in Biotechnology is CRISPR gene editing. And the past few months have provided plenty of excitement for Biotech investors as the three public companies who are pure-play manifestations of the technology have made some dramatic moves — on good news and bad.

After reading scientist, analyst, and company reactions to understand the controversy and its implications, I decided it was actually a buying opportunity for investors who follow my picks in Zacks Healthcare Innovators, where we also own the other two players Editas Medicine (EDIT – Free Report) and Intellia Therapeutics (NTLA – Free Report) .

For a good explanation of why I saw that fear-driven reaction as an excellent opportunity for investors who appreciate a good calculated risk, check out the video I made on June 18…

Why I Bought More CRSP Under $55

From “Revolutionary Breakthrough” to “Dangerous Science”

And this is not the first time a news or research scare has made the stock go from over-loved to well-hated. In January, there were papers being debated about whether CRISPR could cause “off-target” edits, accidentally modifying other genes not related to a given targeted disease.

But this “collateral damage” view was found within a few months to be based on inconclusive research.

Beyond the scientific unknowns of this “power of God” technology, there is another landmine for investors: the three companies, and their respective partner research institutions or universities, are all in a giant patent dispute over who discovered what, and when, and who lays claim to which new developments.

What Exactly is CRISPR?

In the video that accompanies this article, I go over some of the basic scientific facts and assumptions of CRISPR that make it such a revolutionary discovery for potentially curing thousands of genetic diseases.

What’s so fascinating about CRISPR is that it wasn’t invented in a lab like some pharmaceutical drug. It was discovered in nature.

Rather than try to explain it in my own words and probably butcher it, let’s hear from one of the experts, CRISPR Therapeutics (from their website)…

CRISPR/Cas9 is a rapid and easy to use gene editing technology that can selectively delete, modify or correct a disease causing abnormality in a specific DNA segment.

CRISPR refers to Clustered Regularly Interspaced Short Palindromic Repeats occurring in the genome of certain bacteria, from which the system was discovered; Cas9 is a CRISPR-associated endonuclease (an enzyme), the “molecular scissors” that are easily programmed to cut and edit, or correct, disease-associated DNA in a patient’s cell.

The clustered repeats of CRISPR were discovered by accident in 1987 by researchers studying bacterial defense mechanisms, specifically how bacteria deal with foreign plasmids and phages. Bacteria have the ability to open and alter the genomes of invading viruses with a nuclease called Cas9, inactivating them in the process. The clustered repeats were given the name CRISPR in 2002 and multiple CRISPR-associated (Cas) genes were discovered adjacent to the repeat elements in that same year.

CRISPR could be summed up as simply as this: a protein named Cas9 found in the streptococcus bacteria attacks the DNA of an invading virus by slicing it up. In essence, the prey becomes the predator. Mother nature worked on this for billions of years. She must know something.

That is the crux of what you want to remember here about CRISPR-Cas: scientists have learned from bacteria — nature’s warriors of survival and her ninjas of adaptation — how they utilize proteins to alter the genetic structure of invading viruses, and thereby how we can use Cas9 to “edit” genetic material.

Because of its ability to modify a cell’s DNA with amazing precision, CRISPR and its evolving variations — a new enzyme called Cas13 was recently discovered that could be less error-prone — will be a hot arena for science and medical innovation for decades to come.

Mother nature indeed knows things. In fact, most scientists believe we are just scratching the surface of what will be discovered this century. So it may be premature to call CRISPR “the discovery of the century” when we’ve got over 80 years left.

And investors should also be aware of different types of gene editing. Last July, I gave Zacks Confidential subscribers a special report on “Gene Editing: How to Invest.” There we picked Sangamo Therapeutics (SGMO – Free Report) as a potential winner with its technology called zinc-finger nuclease (ZFN). We rode SGMO to 155% gains this year after Gilead Sciences (GILD – Free Report) and its KITE subsidiary created a $3 billion R&D partnership with Sangamo.

For my latest report on gene editing from April titled CRISPR Science and Investing, you can email Ultimate@Zacks.com and one of our account reps will help you out.

That report gives more background on all the companies plus a peek at the new Cas13 threat.

Disclosure: I own shares of CRSP, NTLA, EDIT, SGMO, and GILD for the Zacks Healthcare Innovators portfolio. While it is designed as a long-term portfolio, I may occasionally swing trade in or out of some highly-volatile stocks.

Kevin Cook is a Senior Stock Strategist for Zacks Investment Research where he runs the Healthcare Innovators service. Click Follow Author above to receive his latest stock research and macro analysis.

And this outperformance has not just been a recent phenomenon. Over the years it has been remarkably consistent. From 2000 – 2017, the composite yearly average gain for these strategies has beaten the market more than 19X over. Maybe even more remarkable is the fact that we’re willing to share their latest stocks with you without cost or obligation.