CRISPR technology offers the promise to cure any human genetic disease. Which are the candidates to be the first one?

CRISPR-Cas9 was first described as a gene editing tool in 2012. In just a few years, the technology has exploded in popularity thanks to its promise of making genome editing much faster, cheaper and easier than ever before.

CRISPR has already changed the way scientists do research, but what everyone is expecting, either with excitement or fear, is its use in humans. In theory, CRISPR technology could let us edit any mutation at will and cure the disease it causes. In practice, we are just at the beginning of the development of CRISPR as a therapy and there are still many unknowns.

But if you had at least a chance to could cure any genetic disease, what would it be? These are seven diseases that scientists are already tackling with the help of CRISPR, and which could eventually become some of the first conditions to ever be treated with this revolutionary technology.

One of the first applications of CRISPR could be in cancer. One of the first and most advanced CRISPR clinical trials, which is currently running in China, is testing the potential of the gene editing tool in patients with advanced cancer of the esophagus.

The treatment being tested at the Hangzhou Cancer Hospital starts with the extraction of T cells from the patient. Using CRISPR, the cells are modified to remove the gene that encodes for a receptor called PD-1 that some tumors are able to bind to and instruct the immune system not to attack. The cells are then reinfused into the patient with a higher capacity to attack tumor cells.

So far, at least 86 people with different forms of cancer have been treated with CRISPR in China, and results should be available soon.

The first CRISPR trial planned to be run in the US will also target cancer, using CRISPR to remove PD-1 as well as a T cell receptor from T cells engineered to express a cancer-targeting receptor.

The first CRISPR trial in Europe will seek to treat beta-thalassemia, a blood disorder that affects the oxygen transport in the blood. The therapy, developed by CRISPR Therapeutics and Vertex Pharmaceuticals, consists in harvesting hematopoietic stem cells from the patient and using CRISPR technology to make them produce fetal hemoglobin, a natural form of the oxygen-carrying protein that binds oxygen much better than the adult form.

A first trial in beta-thalassemia is expected to begin later this year after clearance form the EMA. A second trial will test the same therapy in the treatment of sickle cell diseases, another blood disorder affecting oxygen transportation. However, the FDA has put the US trial on hold to clear some safety questions before going ahead.

Hemophilia is another blood disorder that CRISPR technology could tackle. CRISPR Therapeutics is working with Casebia on an in vivo CRISPR therapy where the gene editing tool is delivered directly to the liver.

CRISPR is a great candidate to treat genetic blindness. For many hereditary forms of blindness, the specific mutations causing the disease are known making it easy to instruct CRISPR-Cas9 to target and modify that gene.

In addition, the eye is an immunoprivileged part of the body, meaning that the immune system’s activity is limited there. This becomes an advantage in sight of the concerns that have recently been raised regarding the possibility that CRISPR could induce immune reactions against it that would block its activity and derive into side effects.

Editas Medicine is working on a CRISPR therapy for Leber Congenital Amaurosis, the most common cause of inherited childhood blindness, for which there is no treatment. The company aims to target the most common mutation behind the disease, using CRISPR to restore the function of the photoreceptor cells before the children lose sight completely.

There are several ways CRISPR technology could help us in the fight against AIDS. One is using CRISPR to cut the HIV virus out of the DNA of immune cells. This approach could bring the key advantage of being able to attack the latent form of the virus, which is inserted into our DNA and inactive, making it impossible for most therapies to target it. 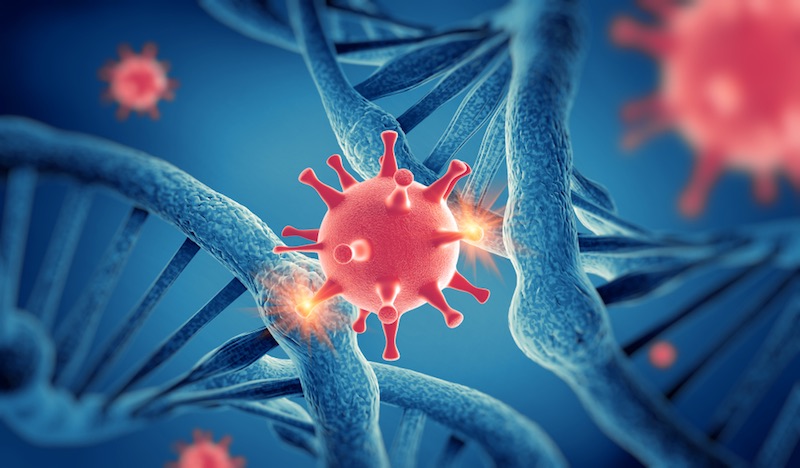 Another approach could make us resistant to HIV infections. Certain individuals are born with a natural resistance to HIV thanks to a mutation in a gene known as CCR5, which encodes for a receptor on the surface of immune cells that HIV needs to get inside the cells. The mutation changes its structure so that the virus is no longer be able to bind the receptor.

Most CRISPR applications in HIV are in early stages of development, still being tested in animals before a clinical trial in humans can be planned.

Cystic fibrosis is a genetic disease that causes severe respiratory problems. Although there are treatments available to deal with the symptoms, the life expectancy for a person with this disease is only around 40 years. CRISPR technology could help us get to the origin of the problem by editing the mutations that cause cystic fibrosis, which are located in a gene called CFTR.

Researchers have proven that it is possible to use CRISPR in human lung cells derived from patients with cystic fibrosis and fix the most common mutation behind the disease. The next step will be testing it in humans, which both Editas Medicine and CRISPR Therapeutics are doing.

However, cystic fibrosis can be caused by multiple different mutations in the CFTR gene, meaning that different CRISPR therapies will have to be developed for different genetic defects. Editas has stated that it will be looking at the most common mutations as well as some of the rare ones for which there is no treatment.

Duchenne’s muscular dystrophy is caused by mutations in the DMD gene, which encodes for a protein necessary for the contraction of muscles. Children born with this disease suffer progressive muscle dystrophy in children, and there is currently no treatment available beyond palliative care.

Research in mice has shown CRISPR technology could be used to fix the genetic mutations behind Duchenne’s muscular dystrophy. Earlier this year, a group of researchers in the US revealed a method that, instead of fixing each mutation individually, used CRISPR to cut at 12 strategic “mutation hotspots” covering the majority of the estimated 3,000 different mutations that cause this muscular disease. A company called Exonics Therapeutics was spun out to further develop this approach. 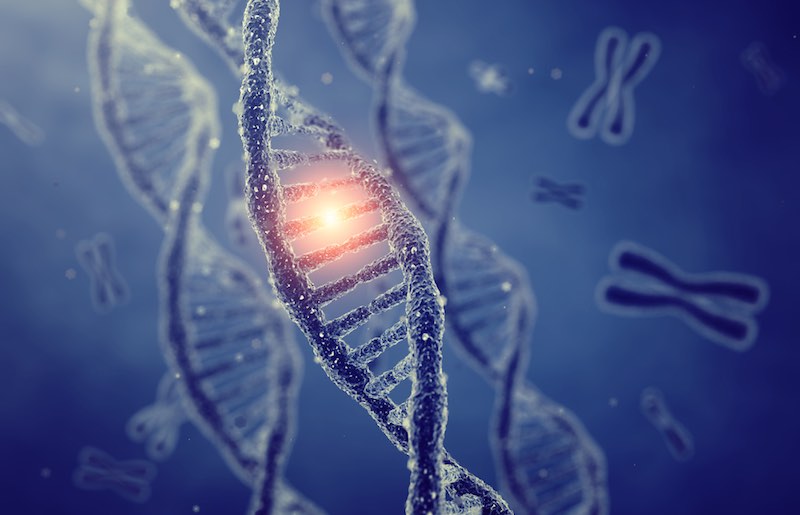 Editas Medicine is also working in a CRISPR therapy for Duchenne’s muscular dystrophy. It is also following a broader approach where instead of fixing mutations, CRISPR removes whole sections of the protein containing mutations that make the protein shorter but still be functional.

Huntington’s disease is a neurodegenerative condition with a strong genetic component. The disease is caused by an abnormal repetition of a certain DNA sequence within the huntingtin gene. The higher the number of copies, the earlier the disease will manifest itself.

Treating Huntington’s could be tricky, as any off-target effects could have more dangerous consequences in the brain than anywhere else in the body. So scientists are looking at ways to tweak the gene editing tool to make it safer.

Researchers in the US have developed KamiCas9, a version of CRISPR-Cas9 that includes a “self-destruct button” for the Cas9 enzyme. Meaning CRISPR is instructed to cut the sequence of its own Cas9 enzyme. A group of Polish researchers has opted for pairing CRISPR-Cas9 with an enzyme called nickase to make the gene editing more precise.

It’s difficult to predict the outcome of these first efforts to use CRISPR as a therapy, but as these first attempts progress, more and more indications will certainly be added to the list. One of the biggest challenges to turn this research into real cures is the many unknowns regarding the potential risks of CRISPR therapy. Some scientists are concerned about possible off-target effects, immune reactions to the gene editing tool, or that it could increase the risk of cancer. But only time will tell.