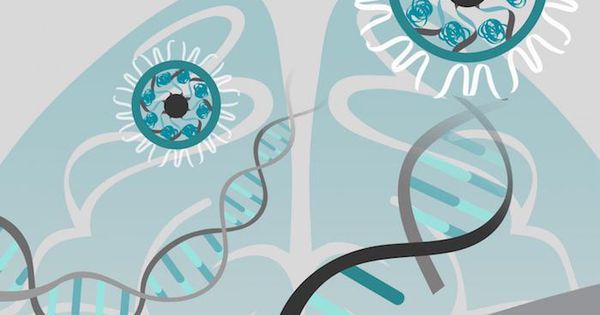 In a breakthrough, researchers have utilized CRISPR-Cas9 gene editing in mice with a form of Fragile X Syndrome to alter gene expression, resulting in reduction of repetitive behaviors. Fragile X Syndrome (FXS) is the most commonly identified single-gene cause of autism spectrum disorder (ASD).

CRISPR, (Clustered Regularly Interspaced Short Palindromic Repeats), is a technology that allows scientists to edit genes in living cells.  It holds an array of applications, not only from curing genetic diseases, detecting and treating cancers, treating HIV by blocking replication in human cells, but also the incredible feat of editing DNA in live human embryos.

The investigators in this study used gold nanoparticles to deliver the DNA-cutting Cas9 enzyme into the brain – a technique developed at the UC Berkeley, and referred to as CRISPR-Gold. Using this approach, the researchers were able to edit the gene for a neurotransmitter receptor and reduce the repetitive behavior characteristic of fragile X syndrome (FXS).

The significance of this feat—demonstrating how genetic editing resulted in a change in behavior—is that it may potentially open the door for treating other forms of autism that also have genetic origins.   Since exaggerated repetitive behaviors are common aspects of behavior observed in autism spectrum disorders, reduction of these behaviors could have life changing consequences for affected children and their parents.

Results of the study were published online today in the journal, Nature Biomedical Engineering.

“There are no treatments or cures for autism yet, and many of the clinical trials of small-molecule treatments targeting proteins that cause autism have failed,” said study leader Hye Young Lee, assistant professor of cellular and integrative physiology at the University of Texas Health Science Center at San Antonio in a press release. “This is the first case where we were able to edit a causal gene for autism in the brain and show rescue of the behavioral symptoms.”

The big advantage of using CRISPR-Gold is that it does not rely upon using viruses to get Cas9 into the body –something that traditional CRISPR has utilized.