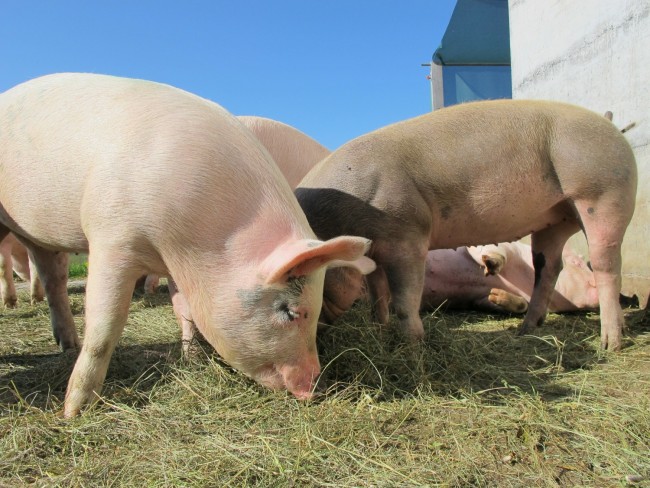 A team of scientists has genetically engineered pigs to make the animals immune to one of the most costly animal diseases in the world.

The porcine reproductive and respiratory syndrome or PRRS is a disease endemic worldwide. It costs financial losses due to pig deaths and decreased productivity.

Although pigs that are infected with PRRS can be safely eaten, the virus causes infected animals breathing problems. Infection can be fatal for piglets and can cause pregnant sows to lose their litter.

No effective vaccine and cure are currently available for the disease but study researcher Christine Tait-Burkard, from the Roslin Institute, and colleagues were able to show that the genetically-engineered pigs were completely immune to PRRS.

Genetically Engineering Pigs To Be Immune To PRRS

Using the gene editing tool CRISPR/Cas9, they removed only a small section of the gene that the PRRS virus attaches to but left the rest of the receptor untouched. This allowed the receptor to continue doing its normal role in the body, which reduces the risks of side effects.

The gene-edited pigs did not show symptoms nor traces of infection when they were exposed to the PRRS virus. They neither got sick when they were housed for an extended period with infected animals. Tait-Burkard said this is what they call complete immunity.

“Here we demonstrate that a genetic control approach results in complete resistance to PRRSV infection in vivo,” the researchers wrote in their study. “CD163 is edited such as to remove the viral interaction domain while maintaining protein expression and biological function, averting any potential adverse effect associated with protein knock-out.”

The researchers said that the advance may provide potential animal welfare and economic benefits to the pork industry. Nonetheless, they said that there is still a need to

conduct longer terms studies to determine if the genetic changes will not result in adverse effects on the animals.

“If these studies are successful and the public are accepting of this technology, we would then be looking to work with pig breeding companies to integrate these gene edits into commercial breeding stocks,” Tait-Burkard said.

The findings of the new study were published in the Journal of Virology on June 20.

© 2018 Tech Times, All rights reserved. Do not reproduce without permission.