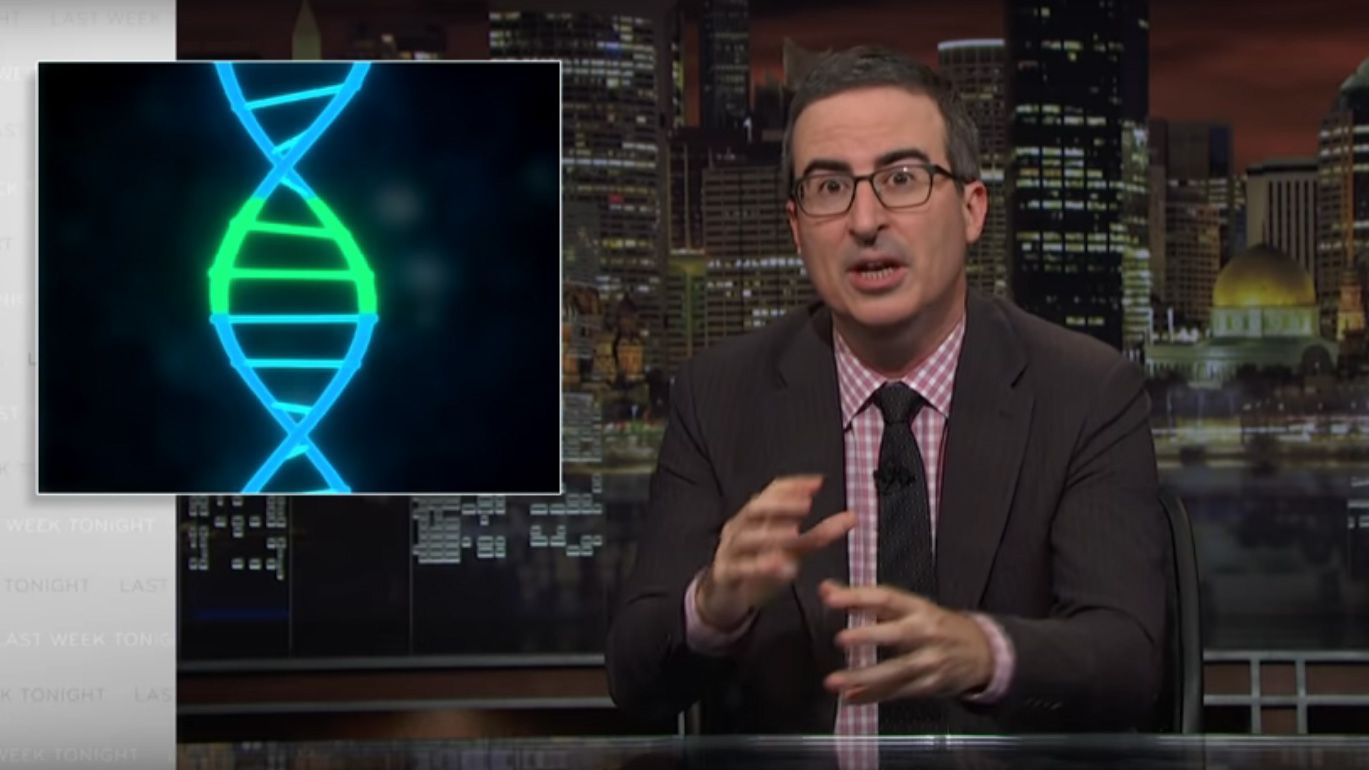 When it comes to gene editing, John Oliver predicts things could go in two very different directions: one where humans live free of disease and another gone horribly wrong and the world is filled with grotesque creatures he calls “pig-Hitlers.”

On Last Week Tonight, Oliver focused the main segment on the implications of the gene editing technology called CRISPR (Clustered Regularly Interspaced Short Palindromic Repeats). Scientists estimate tools such as CRISPR have the potential to cure 10,000 diseases – including sickle cell anemia, cystic fibrosis and even some cases of early-onset Alzheimer’s. But there are massive dangers and ethical dilemmas associated with such revolutionary technology.

“It’s like cut and paste in Microsoft Word,” Oliver said. “If there’s something that you want to fix on a strand of DNA, with CRISPR you can theoretically find it, cut it out and paste in a fix – at which point presumably Clippy shows up and says, ‘Hi, looks like you’re trying to play God and alter the basic building blocks of life. Need some help?’”

The process of gene editing is painstaking and human trials have been rare thus far. But as the technology has developed, “biohackers” have started selling their own DIY CRISPR kits, attempting to allow customers to alter their own DNA – often without any real scientific knowledge.

There are other ethical concerns with gene editing, like the potential for “designer babies.” “Clearly the more control people have over the ability to design their children, the bigger the moral questions that raises, up to and including who decides what constitutes a genetic ‘problem’ that needs to be fixed,’” Oliver said, highlighting deafness and dwarfism as examples.

Oliver did have some words of cautious optimism. “Gene editing has the potential to elevate a great deal of human suffering,” he said, “[But] we are going to need to sort out at some point where lines should be drawn because while gene editing could do incredible things for our health, let’s at the very least try to avoid a future where we end up swerving all over the road trying to run over all of the pig Hitlers we accidentally created.”