How CRISPR research in Delaware can fight both COVID-19 and inequity in health outcomes – Technical.ly Delaware

How CRISPR research in Delaware can fight both COVID-19 and inequity in health outcomes – Technical.ly Delaware 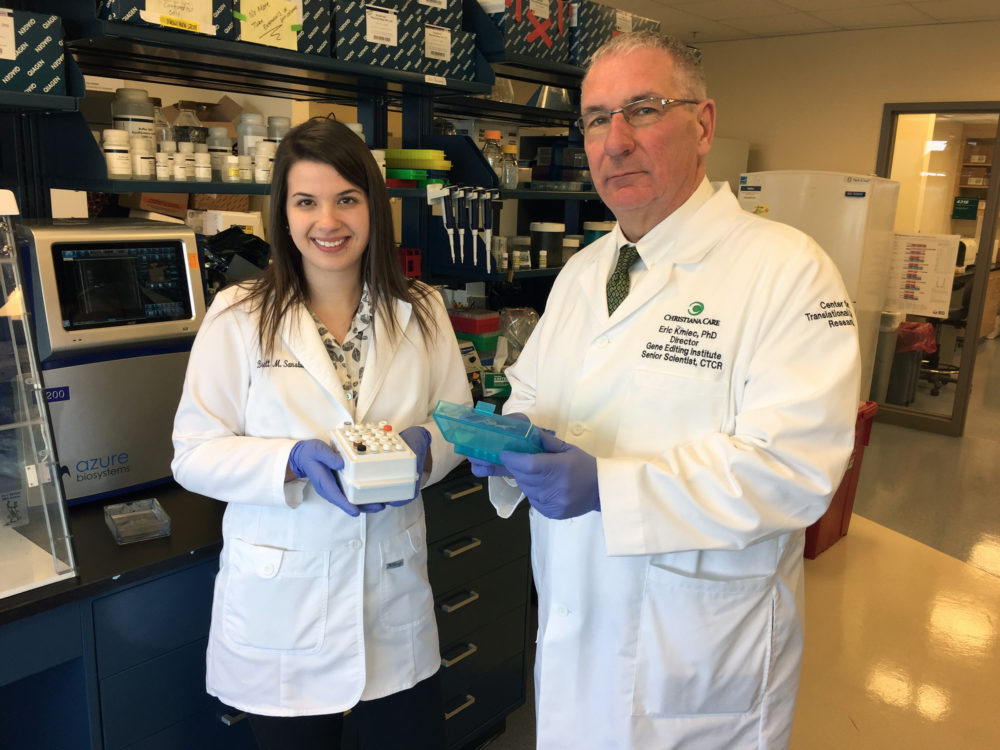 At the time it was written, the COVID-19 pandemic had not yet sent the U.S., and most of the world, into a state of lockdown. And, while racial injustice was certainly already a serious issue (and the reason for the op-ed), the U.S. had not yet faced the reckoning that began soon after the Memorial Day killing of George Floyd by Minneapolis police officers.

Today, we’re in the middle of both of those things, and Kmiec and his GEI team at the Helen F. Graham Cancer Center & Research Institute led by Dr. Brett Sainsbury are working to help on both fronts, using CRISPR technology.

“We were talking about how underrepresented minorities very rarely see breakthrough technologies,” said Kmiec of the op-ed. “The focus was on sickle cell disease and cancer, but Jonathan said that, with COVID-19 coming on, it will be the same thing. And, unfortunately, that’s what happened.”

When the pandemic hit, the team set out to evaluate new approaches to the diagnosis of COVID-19. The State of Delaware, like most states, purchased standard qPCR tests, which require an invasive nasal swab and a substantial amount of material to get an accurate result.

“What we’re realizing about CRISPR is that it has a number of advantages to it, including the fact that you don’t need to go though multiple amplifications to get an answer, and that’s important because errors are made in qPCR when amplification occurs, usually because the amount of sample you receive.”

CRISPR is more sensitive and does not involve amplification, so even if the sample isn’t optimal, it can get an accurate result from a simple saliva sample. (These tests, still in development, are different from the saliva-based tests deployed in the state this week.)

The team is using a couple of CRISPR tools in the lab, including a newly approved technology called SHERLOCK out of MIT, and Mammoth Bioscience’s DETECTR out of Berkeley.

DETECTR, though a bit less accurate, is more accessible, and can be used in small and/or rural settings without special equipment, which is an important consideration when the goal is to reach all areas of Delaware.

“While there is a lot of controversy about the degree with which this virus mutates, it is entirely possible that the population in the state of Delaware could have their own genetic signature, because it’s passed between close-knit populations,” Kmiek said.

What deploying CRISPR technology can do, especially if they’re able to identify a Delaware signature, is make testing more responsive in future waves.

“We’re most worried about the second wave, third wave, fourth wave, as well as other kinds of pandemic waves,” he said. “If we can tailor CRISPR diagnostics for the state of Delaware, the next time this comes around we should be able to be more responsive in the testing, simply because we have a validated answer.”

Concentrating on the subsequent waves is called long-arc testing, which will potentially be able to show how many people in the state are actually carrying the virus.

In practice, it will involve testing symptomatic patients, but will also rely on asymptomatic volunteers from Delaware’s diverse communities.

“The other piece is to discern what are the host factors that make you more or less susceptible to this virus?” Kmiek said. “What is what makes one resistant?”

This can’t all be done with one lab, so the GEI is part of a consortium that shares data to help identify host factors.

Ultimately, the goal of developing a Delaware-specific CRISPR test is to be inclusive.

“We are very engaged with that aspect of it,” Kmiek said. “It’s not just about the same old folks who get the same old quality of care. I think that CRISPR can make a difference.”