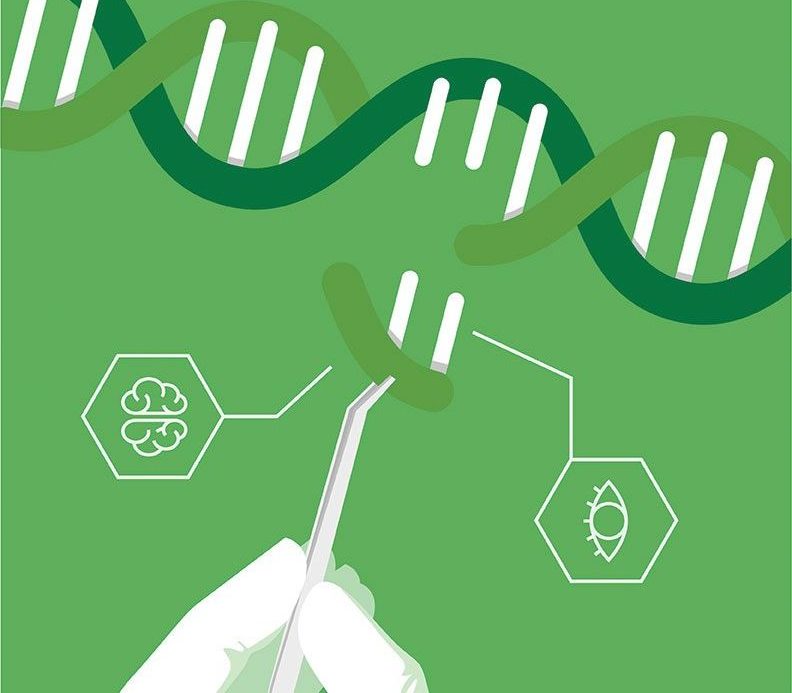 Even in the fast-paced world of genome editing, experiments take time, and researchers are always on the hunt for ways to quicken the time to completion. In recent years many laboratories have tried to improve the DNA cleavage by CRISPR-Cas9, looking to reduce times from hours to minutes or even seconds. Now, a team of investigators at Johns Hopkins Medicine has published data on a new method that uses light as a trigger to make precise cuts in genomic material rapidly. The Hopkins team notes that their method reveals not only new details about the DNA repair process, but also is likely, the researchers say, to speed up and aid understanding of the DNA activity that typically causes aging and many cancers.

Finding from the new study were published recently in Science through an article entitled “Very fast CRISPR on demand.”

The powerful CRISPR tool has, in recent years, enabled scientists to easily change, or “edit,” DNA sequences and alter gene functions to speed the pace of research on gene-linked conditions. Adapted from a naturally occurring gene editing system found in bacteria, CRISPR uses small sequences of RNA as a kind of guide that is coded to match and bind to a specific sequence of genomic DNA within a cell. The CRISPR molecule also contains an enzyme called Cas9, which acts as the scalpel to cut out the DNA sequence. Then, the cell uses its own enzymes and proteins to repair the sliced DNA, often adding DNA sequences that scientists slip into the cell.

The Hopkins team remarked that studying the DNA repair process has been hampered by an inability to damage the DNA, such as by using CRISPR, in a way that’s fast, precise, and “on-demand.”

In the current study, the scientists modified the CRISPR-Cas9 complex by engineering a light-sensitive RNA molecule that allows the CRISPR complex to cut genomic DNA in living cells only when exposed to a particular wavelength of light.

“We developed a caged RNA strategy that allows Cas9 to bind DNA but not cleave until light-induced activation. This approach, referred to as very fast CRISPR (vfCRISPR), creates double-strand breaks (DSBs) at the submicrometer and second scales,” the authors wrote. “Synchronized cleavage improved kinetic analysis of DNA repair, revealing that cells respond to Cas9-induced DSBs within minutes and can retain MRE11 after DNA ligation. Phosphorylation of H2AX after DNA damage propagated more than 100 kilobases per minute, reaching up to 30 megabases. Using single-cell fluorescence imaging, we characterized multiple cycles of 53BP1 repair foci formation and dissolution, with the first cycle taking longer than subsequent cycles and its duration modulated by inhibition of repair.”

“The advantage of our technique is that researchers can get the CRISPR machinery to find its target without prematurely cutting the gene, holding back its action until exposed to light,” stated study co-author Roger Zou, a Johns Hopkins MD, PhD, candidate. “This allows researchers to have far more control over exactly where and when the DNA is cut.”

While other research teams have experimented with both drugs and light activation to control CRISPR timing, the Hopkins team’s experiments differ by improving the precise timing of CRISPR cuts and examining how quickly proteins repair the DNA damage.

In their experiments, the researchers delivered an electric pulse to cultures of human embryonic kidney cells and bone cancer cells, which opened pores in the cell membrane and allowed the CRISPR complex with the light-activated RNA molecule to slide into the cells. Then, the scientists waited 12 hours for the CRISPR complex to bind to a targeted spot on the genomic DNA.

To further examine the timing of DNA repair, the scientists tracked when proteins involved in DNA repair latched on to the DNA cuts. They determined that repair proteins started their work within two minutes of the CRISPR activation, and the repair was completed as early as 15 minutes later.

Ha also noted that light-activation offers better location control than drugs that can diffuse widely in the cell. Moreover, the researchers used high-resolution microscopes to “see” how repair proteins interact with the CRISPR cut site in living cells.

They used these microscopes and a focused beam of light to show that they could activate CRISPR cutting of one of two gene copies that are normally found in human cells. This capability, they say, offers opportunities for using CRISPR to study and eventually treat conditions linked to only one abnormal gene copy, such as Huntington’s disease.

“There is a big research community interested in studying DNA damage and its impact,” Ha concluded. “The technology we developed is well suited to study that.”