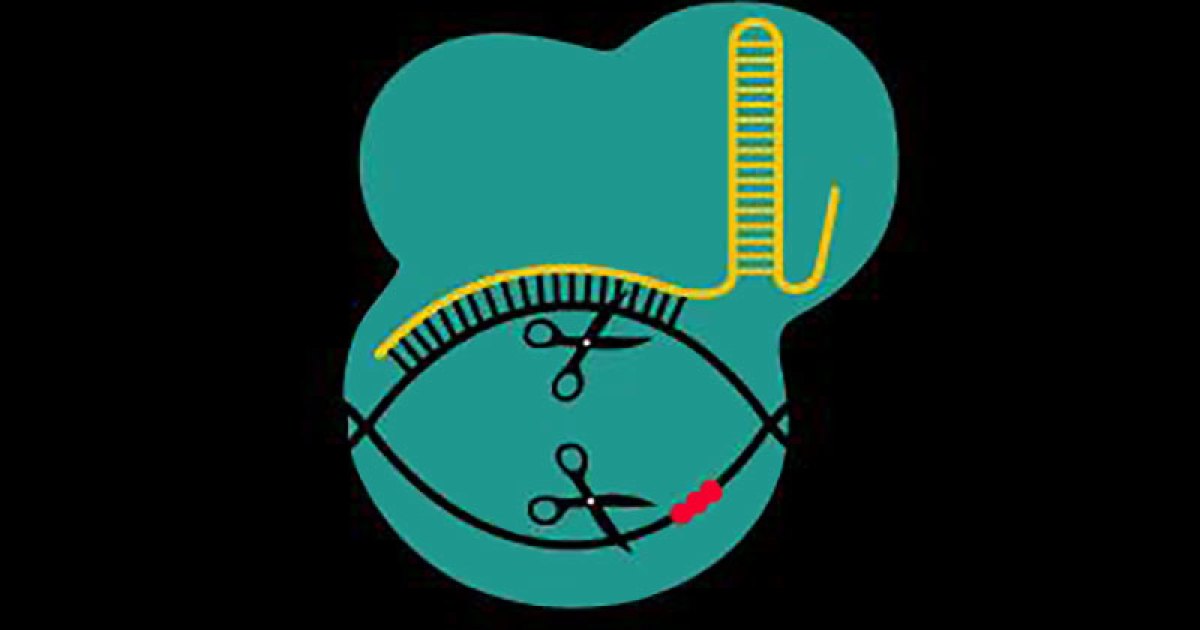 The CRISPR-Cas9 gene editing system is an extremely powerful tool, but there are still a few kinks to iron out. One of the main problems is off-target edits, which can have serious consequences. Now, researchers have found a particular mutation of the CRISPR enzyme that’s almost 100 times more precise than the most commonly used one.

CRISPR gene-editing is based on a bacterial defense system, in which the bugs use a particular enzyme to snip out a section of a pathogen’s DNA and store it for future reference. Next time that pathogen is encountered, the system will recognize it and be better equipped to fight it off.

Scientists managed to co-opt this system as a handy genetic engineering tool. CRISPR-Cas9 uses this mechanism to scour a target’s genome for a specific sequence of DNA – say one that could cause disease – then cut it out, sometimes replacing it with a more beneficial sequence.

To do this, the system uses a guide RNA that binds to the target sequence, triggering the Cas9 enzyme to make the cut there. But this isn’t always as precise as it should be. Studies have shown that the guide RNA can at times bind to the wrong site, if the sequence is similar enough. And editing the wrong DNA could potentially cause all kinds of problems.

So the new study, led by researchers at Wenzhou Medical University in China, set out to investigate if there were more precise versions of the enzyme. To investigate, the team generated many different mutations of Cas9, then tested how well they were able to single out a target sequence among very similar – but wrong – sequences.

And sure enough, they found what they were looking for. One mutation in particular stood out, for being able to filter out mismatches that differed from the desired target by as little as one base pair. The team says that this makes it as much as 93 times more precise than the original enzyme.

On closer inspection, they also managed to figure out why it was so much better. Basically, the mutation affects the recognition domain of the enzyme, which worked to weaken the contact between the guide RNA and Cas9. That means that it takes a much stronger pairing to trigger the cut – effectively ensuring that only the correct sequence would do the job.

“Avoidance of off-target cleavage is a crucial challenge for development of CRISPR for medical interventions, such as correcting genetic diseases or targeting cancer cells,” says Feng Gu, lead researcher on the study. “Our results point the way to developing potentially safer gene therapy strategies.”

The research was published in the journal PLOS Biology.