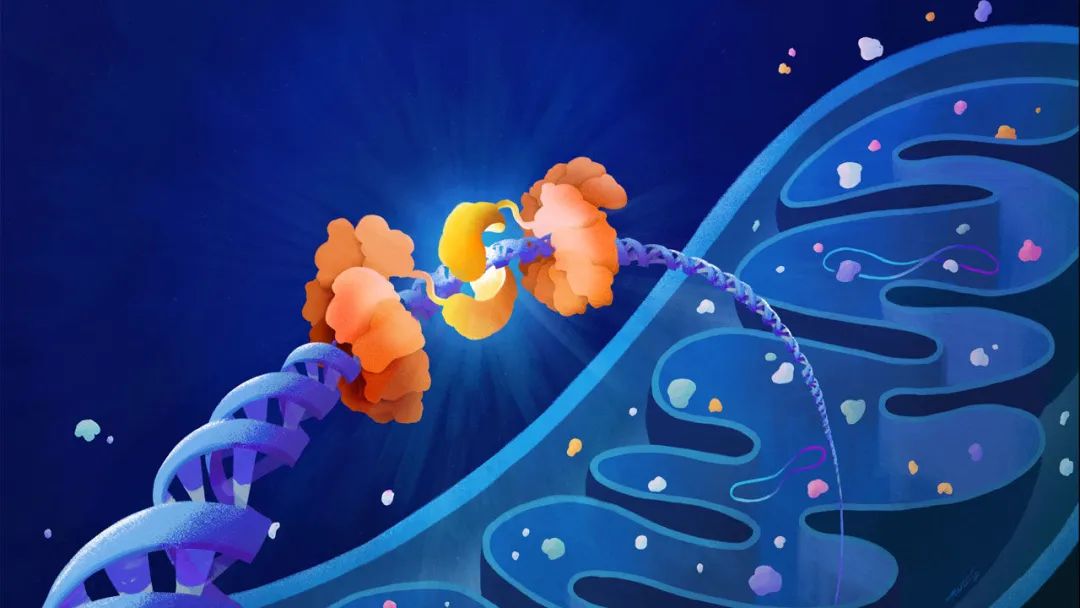 in recent years, gene therapy technology rapid development, especially in CRISPR as a representative of the gene editing technology advances, allowing humans to eventually defeat the genetic disease to bring infinite hope.< br>mitochondria（mitochondrion is the cell’s“energy factory”mitochondria have a separate in the nucleus of the genetic material–mitochondrial DNA（mtDNA）, human mtDNA the length of 16569bp, with 37 genes, encoding 13 proteins, these proteins are involved in cellular energy metabolism. mtDNA mutations will bring the matrilineal genetic Leigh syndrome, mitochondrial myopathy, Leber hereditary optic neuropathy, ataxia, chorea, skeletal muscle dissolved disease and other dozens of genetic diseases. According to statistics, 5,000 adults will have at least 1 suffering from a mitochondrial genetic disease.< br> 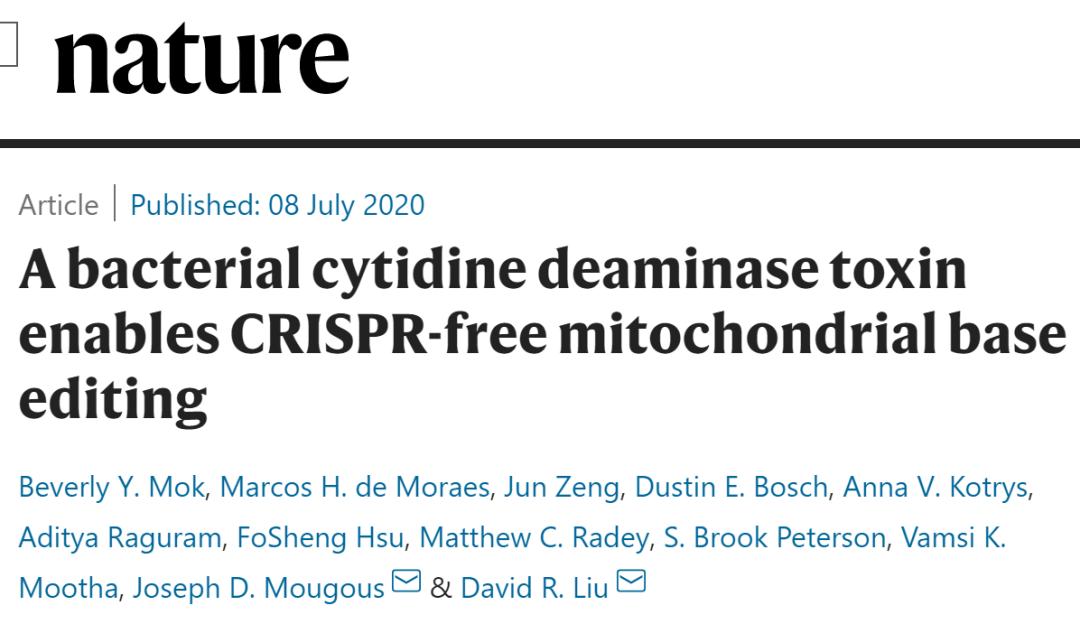 2018, University of Washington Joseph Mougous, Professor of the laboratory of the postdoc Marco de Moraes in the experiment inadvertently discovered a bacterial toxin–DddA, the toxin can be in the double-stranded DNA on the catalytic cytosine（C）is converted to uracil U, which is unprecedented.< br>Joseph Mougous, Professor decision and the development of a single-base editing techniques of Liu as Qian teamwork, cooperation, two teams will be aware of the DddA and the single-base editor Base Editor compared and no significant advantage. This prompted the research team changed the research direction, subsequently, the Massachusetts General Hospital study of mitochondrial dysfunction expert Vamsi Mootha joined the research team.< br>in order to bacterial toxins–DddA applied to mitochondrial gene editing, also need to overcome three major problems:
first, the DddA belongs to the cytidine deaminase enzyme, which in mammalian cells is toxic, can not be used directly. To this end, the research team will DddA protein is split into non-active of the two halves, called a split-DddAtox halves.
br>then, thisHalf of the DddA and the TALE protein is fused, combined. Artificially designed TALE protein with a specific DNA molecule. When the two TALE with the mitochondrial DNA（mtDNA）after binding, the original is split into two halves of the DddA re-gathered, restored the catalytic base editing activity.< br>secondly, you want to this gene editing tool is delivered to the mitochondrial matrix, they have to pass through the mitochondrial double membrane. Therefore, the research teams used mitochondrial targeting signal in the amino acid sequence of the labeled construct of the gene editing tools. For the mitochondrial double membrane, a protein-based import mechanism than that based on RNA import systems such as CRISPR-Cas9 more advantages.< br> 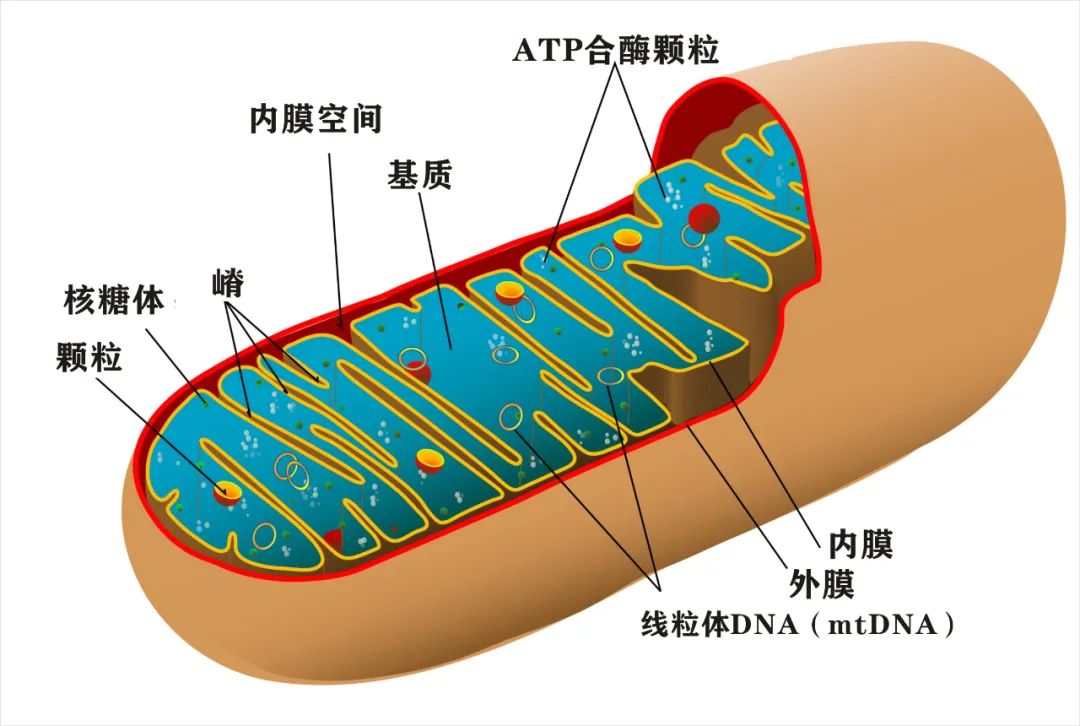 third, the DddA is the cytosine（C）is converted to uracil U, and we all know U is the RNA-specific bases, although the U with the DNA of thymine（T）relative should have the same base-pairing characteristics, but it is, after all, belong to the RNA, when U appear in the DNA, it is easy in the uracil-DNA glycosylase with help from DNA on the cut.< br> 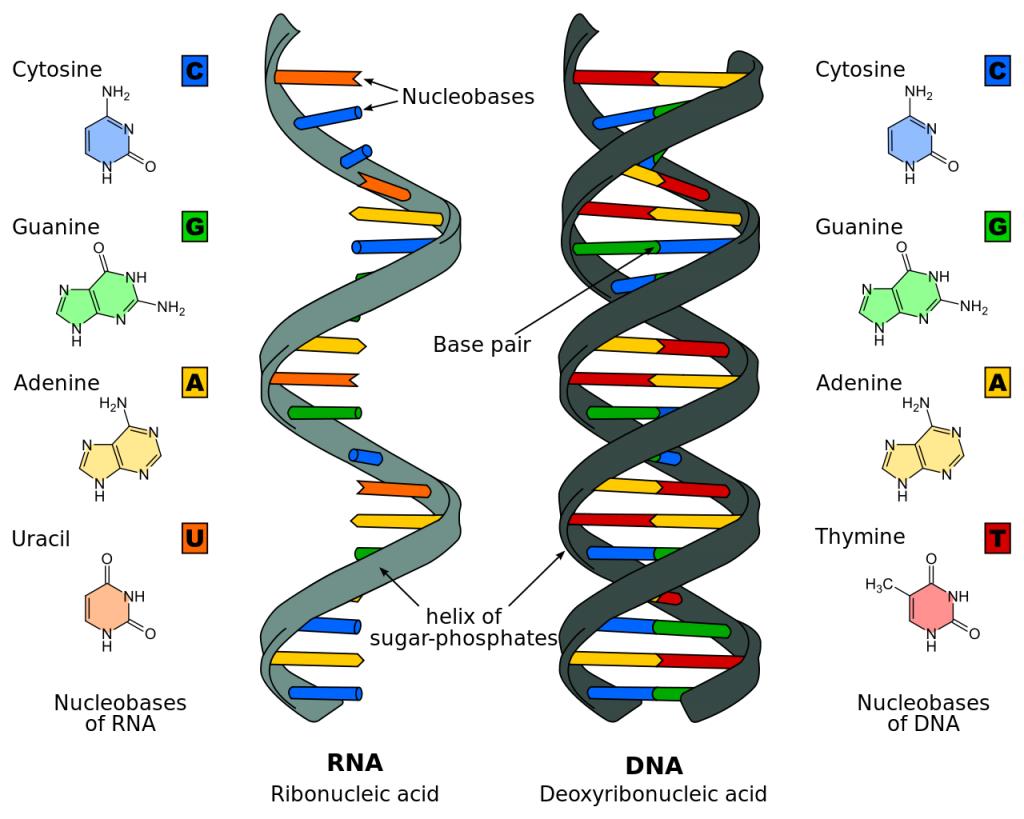 therefore, the research team will TALE–DddA split halves with uracil glycosylase inhibitors, UGI fusion together. This can protect U from the glycosylated enzyme of interference, until the next round of DNA replication or repair occur, at which point the complementary strand guanine（G）（before editing with the C-pairing is adenine, A substituted, UGI was added to make the editing efficiency is improved by approximately eight times.< br>eventually, the research team built up by the mitochondrial targeting signal peptide, A TALE protein, the DddA split halves and uracil glycosylase inhibitors, UGI composition of the DddA-derived cytosine bases editor DdCBE it.< br>the experiment confirmed the editing tools can be effectively introduced into human cells in the mitochondria, and can be precise editing of mitochondrial genes, mtDNA, and catalytic human mtDNA C•G to T•A conversion efficiency of editing at the 5%-50% between. The efficiency of editing is influenced by many factors: the two DdCBE subunit of the interval between, the TALE of the design, separate the DddA split halves of the direction, and the target cytosine with respect to the TALE binding sites of the location.< br> 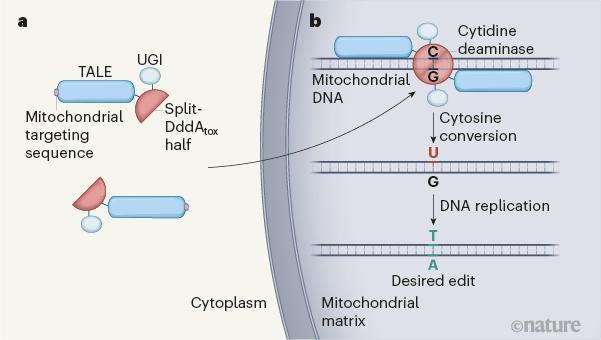 in addition, the research team also verified that the mitochondrial gene editing tools whether the off-target result of the nucleus genome editing, the research team compared the use of the editing tools of cell and unused cells, is found not in the nucleus the genome to produce off-target effect, therefore, the editing tools off-target resistance is very low.< br>as early as 2018 9 month, Nature Medicine magazine earlier launched two research papers from the University of Cambridge and the University of Miami Miller School of Medicine research team, respectively, using ZFN technology and TALEN technology to achieve on mice with mitochondrial mutation of the gene eliminated.< br>

according to Liu as Qian team statistics, the mitochondrial editing tools can fix the 49%of the known mitochondrial harmful mutations. This is a tool of the invention, is a mitochondrial genetic disease research, treatment, and Prevention, brought unprecedented hope.< br> 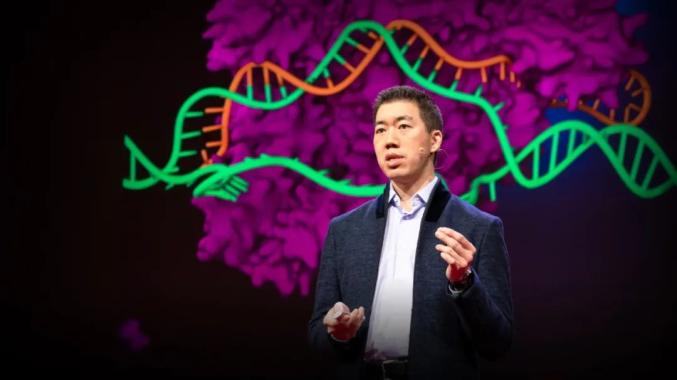 in addition, the mitochondria as the cell’s“energy factory”mitochondria genome and human aging, cancer and other complex diseases have a close relationship, DdCBE appears, but also for related research brings a new tool.< br>related reading:
papers link: https://www.nature.com/articles/s41586-020-2475-6
BioWorld
Read Original