in 2012, was hailed as“God’s scalpel”the CRISPR-Cas9 system turned out, a short eight years, this tool has been applied to include medicine, agriculture, basic research and many other areas. In a classic CRISPR-Cas9 as a basis, the scientists also developed a series of tools, for example, the conversion of a single nucleotide base editor, with a view to the treatment of single gene point mutations lead to genetic diseases. However, these advanced technologies are not perfect, its possible off-target effects and the potential safety hazards is also very concern.

recently, the gene editing field of the two-bit guru level scientists Jennifer Doudna, Professor and Liu as Qian David Liu, a Professor jointly, in the journal Science reported a base editor the first detailed 3D structure.“ This structure helps us from a deeper understanding of the bases of the editor,”the University of California, Berkeley Doudna said the Professor,“we can now see how it works, you can develop a smart strategy to improve this system.”

Doudna, Professor and collaborator in 2012 found that bacteria found in the CRISPR for genome editing. Basically, CRISPR-Cas9 is a protein and RNA hybrid, they are able to accurately aim a specific piece of DNA, and then like a pair of scissors like to cut this sequence.

since then, Harvard and MIT the Broad Institute of Liu as Qian Professor, who developed the first nucleotide of the editor, the modified Cas9 to disable its DNA-splicing function with another bacterial protein deaminase in combination, without making the DNA breaks, it can be targeted to modify genes in a single nucleotide. This base editor you can put the DNA double strand on the adenine A-thymine（T）a combination of the replacement of guanine（G）-cytosine（C）a combination. In human genetic disease, about 60 percent of the more than 15,000 species of pathogenic single-nucleotide variation is expected to use the existing base editor to correct. 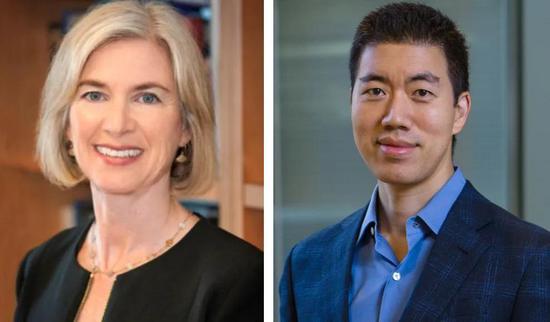 the researchers in the paper pointed out, the early adenine nucleotide editor ABE efficiency is very low, but after several screening, the latest version ABE8e to improve the speed of approximately 1100-fold, can be done in 15 minutes almost 100%of the base editor.

but in addition to the increased efficiency of the Outer, to the base editor application to human genetic diseases, scientists are also eager to solve the“off-target”effect, that is, for unrelated DNA fragment Editing. 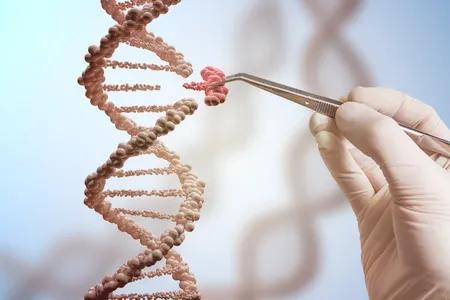 Protein Structure has been and its function are closely linked. Therefore, scientists hope that by analyzing the protein structure, to identify with the Cas9 fusion protein why will produce off-target effects, and how to optimize.“ As a structural biologist, I really want to see a molecule and to think about how to properly improve it.” Co-first author Gavin Knott Dr. said.

in this latest article in the science paper, the researchers used frozenElectron microscopy techniques cryoEM, to 3. 2 Å resolution analysis of the ABE8e binding DNA 3D structure.

“while the base editor is now widely applied to living organisms, from bacteria to plants to primates, precise modification, but so far no one has observed bases editor of the three-dimensional molecular structure,”Liu as Qian said the Professor,“this collaborative project has revealed a beautiful molecular structure: advanced, highly active base editor ABE8e in with the target DNA site of contact captured moments.”

base editor of the three-dimensional molecular structure diagram: the binding in the target DNA, cyan and blue double helix on the Cas9 protein in white and gray with deaminase red and pink bring a nucleotide is converted into another image sources: reference[2]; the Credit: UC Berkeley, Gavin Knott）

“this allows us to first see that the base editor to two separate modules to work: Cas9 module to provide specificity, there is also a catalytic module providing the activity.” Papers co-first author Audrone Lapinaite Dr. description know.

structural data with enzyme biopsy test reveals ABE8e prone to off-target the reasons. It turned out that the connection in the Cas9 of the deaminase enzyme is always active. Cas9 in cells found in a predetermined target before, will continue to bind and release hundreds of thousands of DNA fragments. In other words, is always in the activation state of the deaminase let Cas9 into a door is easy to fire the cannon, ranged Cas9 exact match to the target, direct fire it.

the results of scientists re-design with the base editor brings new insights.“ If you want to design a real specific fusion protein, you must find a way to make its catalytic domain to become fully Cas9 part, so that it will not have been in the active state, but only in Cas9 correct binding to the target after it is activated.” Lapinaite Dr. said.

“this structure and the corresponding biochemical exciting. We can now on this system in the cells of the performance to make a rational prediction.” Knott Dr added.

the researchers noted that this new study shows Cas9 fusion protein of the first structure, so the result will for many from the Cas9-derived gene editing tools provide design guidance that helps to bring more convenient, more controllable, more clinical applications of gene editing tools. We look forward to further improvement of bases in the editing system, may be in the near future for genetic disease treatment brings hope.