“Gene writing”can be broken CRISPR limitations? This cutting-edge, or the rewriting of genetic disease in the future

“gene writing”can be broken CRISPR limitations? This cutting-edge, or the rewriting of genetic disease in the future

from 1963, the American molecular biologist, Nobel Physiology/Medicine Prize winner Joshua Lederberg first proposed the “gene exchange” and“Gene optimization”concept began, the scientific community and the medical community for by changing the gene to treat the disease research is increasingly in-depth. After more than fifty years of research, gene therapy has moved from laboratory research to clinical application to CRISPR technology as the Foundation of the“big three” CRISPR Therapeutics And Editas Medicine, Intellia Therapeutics have emerged, respectively, to start the treatment of the disease out of the road.

recently, one called Tessera Therapeutics, hereinafter referred to as“Tessera”of the company and its research and development of Gene Writing（hereinafter referred to as“gene writing”technology attracted wide attention. With CRISPR technology to change a small amount of base or the cut double-stranded DNA is different, gene writing technology may not cut double-stranded DNA in the case of the long segment of the DNA sequence accurately inserted into the genome, can change the gene of a wider range. 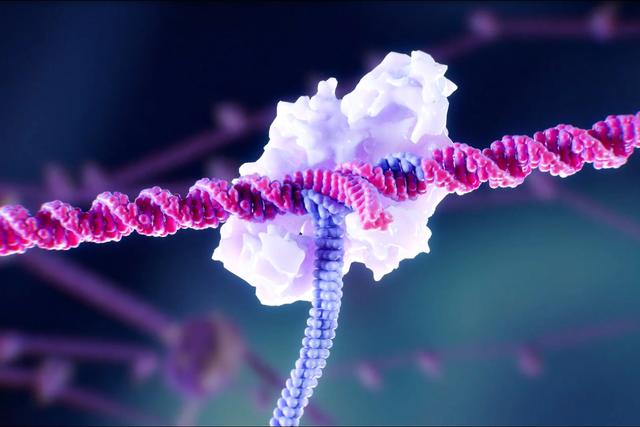 Tessera by renowned bio-medical venture capitalists Flagship Pioneering in 2018, was founded. This year 7 month, the company exited “stealth mode”, announced the acquisition of 5000 million dollars for initial financing, officially entered the public view. In announcing the“debut”, the foreign media described as Tessera the research and development of Gene Writing technology“can do a lot CRISPR can do things that can do that CRISPR can do things, such as precise insertion of the long section of DNA.”

Flagship Pioneering senior adviser Jason Pontin on Hui said:“the Tessera Gene Writing technology platform, the representative of the existing gene editing technologies, including Jenifer shows Doudna and Feng Zhang’s CRISPR technology, and Harvard University’s David Liu, the lead editorial of the fundamental advances, Gene, Writing technique let researchers may be the entire gene fragment‘write’to the genome, rather than cut the double-stranded DNA or edit the DNA of a single base.”

the lustrous contact to the Tessera, and conducted interviews. 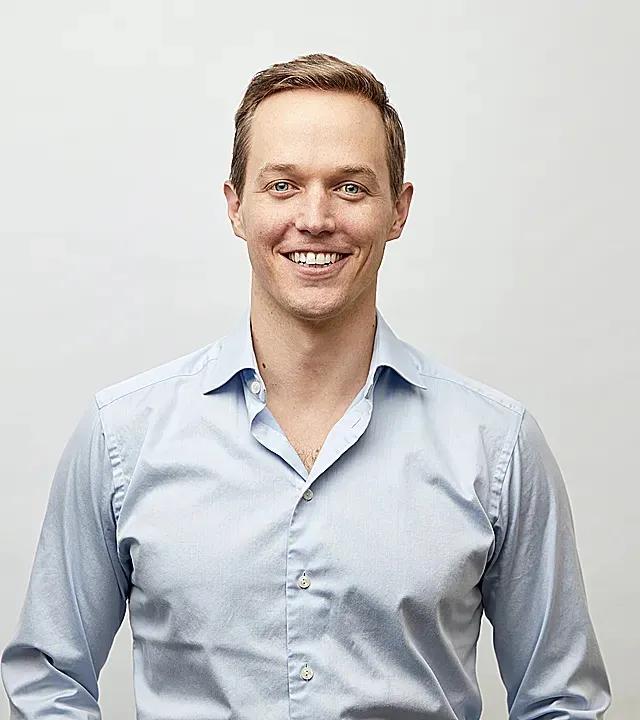 the company also has a strong“scientific Advisory group”. Its scientific adviser, the Chairman of the Committee is Moderna’s Chief Scientific Officer, Melissa Moore, members of the Committee include: the Harvard University synthetic biology pioneer George Church, Italy gene therapy expert in the field of Luigi Naldini, University of California, Berkeley chemical and biomolecular engineering Professor David Schaffer, etc., many in gene therapy and gene editing in the field with decades of research experience of the scholar.

then look at Tessera’s management team: the Chief Innovation Officer Jacob Rubens is not only a Flagship Pioneering partner, or Sana Biotechnology company co-founder. Its Vice President Cecilia engaged in gene editing and cell engineering and DNA damage research field for more than 20 years, is Zhang Feng, the founder of Editas Medicine, a company of the earliest scientists one.

“in the past twenty years, genetic medicine has made great strides��Although for many previously incurable diseases having therapeutic potential, but the existing gene therapy and gene editing technology also has obvious defects, for patients of limited value.” Geoffrey von Maltzahn Dr. said.“ So in the past two years we have been committed to the development of a new technology–Gene Writing intended for scientists and doctors to provide can be a long segment or a short segment of the DNA sequence accurately inserted into the somatic genome of the tool, so from the source to cure the disease.”

mobile genetic element refers to a class can be in the genome mobile DNA, comprising: a transposon, phage elements and the like. Wherein the transposon is a Tessera of the main object of study one. A segment of DNA sequence from the original on a separate copy, or breaking down, after the cyclization into the other sites, and the subsequent gene plays a regulatory role, and this process is known as transfer seat. This DNA sequence is called a transposon or a jumping gene. Currently Tessera scientists have identified about 6,000 reverse transcription transposon（Tessera referred to AS RNA-based gene writing and the 2000 has the potential of transposon-based DNA gene writing it.

we can be the human genome as a column “train”, the genomic DNA fragment as a section of“car”is. Most of the“compartment” in the entire column “a train” on the position, the order is unchanged, and the transposon is you can move yourself to the position of the “compartment”, for example, from Number 2“car” position to move to No. 8 in the “car” position. In the moving position of the process, the transposon can be “cut – and-paste” or “copy – paste” the original “car” is inserted into a new location, or the original “car” does not move and the copy after “compartment” insert to the new location. Transposon ends have defined its borders of the special DNA sequence, somewhere in the middle is the protein-producing gene that can be excised,“freeing up”space add a new gene fragment.

according to the Tessera presentation we can know, by using a movable genetic element of the biological characteristics, the genes of the writing techniques has the following four potential can overcome the current genetic medicine faced a“dilemma”:

1, and based on the nuclease gene editing technology, the gene of the writing technology for a host DNA repair pathway dependent on the very small, it is possible to effectively in the somatic genome was added to long off or a small fragment of the gene sequence.

2, and based on adeno-associated virus (AAV) vector gene therapy technology is different, the newly added DNA fragment can be permanently present in the split cell.

3, by delivery of the RNA new DNA sequence inserted into the genome.

4, can be performed on patients multiple administration, repeat the treatment, which is currently the gene therapy also can not be achieved treatment.

that gene is writing technology in the gene therapy of the difficulty is what? Based on the RNA gene of the writing and based on the DNA of genes writing in the treatment of diseases what is the difference? Gene writing techniques the current progress? For these problems, complementing and Tessera were further explored.

in contrast, Gene, Writing technique can be a large segment of a foreign gene inserted into the genome, and it is less dependent on the host repair pathways. This makes it a more effective will be the treatment of the information‘written’into the genome of the technology.

diamonds: we found that Zhang Feng team in 2019 the development of the CRISPR-associated transposase（CAST）technology. How to look at this technology, it is with gene writing techniques what is the difference?

Tessera: for a CRISPR may be a mobile genetic element of the research is an exciting field. In 2017, Joseph E. Peters and Eugene V. Koonin team for the first time, which will be described later, Zhang Feng and Sam Sternber team proved they are in a bacterial cell in the role. These systems are very cool, but need more components to play a role, which limits their therapeutic applicability. We have been working with Joseph E. Peters collaboration to discover new genes‘writing’the potential of mobile genetic elements, unlike the published CRISPR-associated transposase（CAST）system that requires so much protein Assembly.

diamonds: based on the mobile genetic element genes of the writing techniques in the gene therapy of the main technical difficulties is what? How will the tool accurately delivered to a specific site?

Tessera: we now recognize, may be a mobile genetic element is the nature of the most common genes, accounting for about our genome is 50%. However, the majority of mobile genetic elements genes on the genome is not active or active low. Considering DNA sequences of length and can not active the number of genes, select the cut point is a complex calculation process, which is a big challenge.

diamonds: genes writing technical stability how? By a mobile genetic element inserted into the gene in the genome of the emergence of the mobile case?

diamonds: based on the RNA gene of the writing and based on the DNA of genes writing in the treatment of disease what is the difference?

Tessera: a RNA-based Gene Writing is the use of RNA template will treat the information‘written’into the genome. Its advantage is that it can be used in the lipid nano particles LNP for delivery, just like the transfer of mRNA and RNAi therapeutic agent is the same. Since the LNP is not immunogenic, so May the patient may be repeatedly administered until they Express enough the treatment of protein content.

diamonds: a Tessera how to overcome the AAV and the LNP carrier prior to the bottleneck?

Tessera: the AAV vector, a key bottleneck is, they are in the cell division can not be copied, so as the time��Over will be diluted out. This makes AAV as a delivery tool of the drug is difficult to treat infants and children of the some disease. We are trying to be AAV vector integration, in order to our DNA Gene Writing platform in cell division remains can effectively be modified.

another reason is due to the immunogenicity, AAV vectors is difficult in vivo amplification. So our RNA-based Gene Writing platform using the LNP carrier, but also reduces the cost of production, to provide patients with more treatment options.

diamonds: the Tessera of research progress? The next step of the plan? How to look at the current gene therapy for?

Tessera: we currently have can be used in Gene Writing techniques permanently alter the mouse genome, and obtained some promising pre-clinical data. Now is the investment calculations and the laboratory found the pipe to create the second generation of Gene Writing techniques. The next two years will focus on the team’s growth plans the team from 30 people to expand to 150 people, in order to start the development of Tessera first candidate treatment plan.

genetic medicine can provide patients with treatment that is the exciting thing. However, currently the field is still in its infancy. In General, we believe that at the DNA level on the remedy and Prevention of diseases of the tools will be this century’s most important medical advances of one.