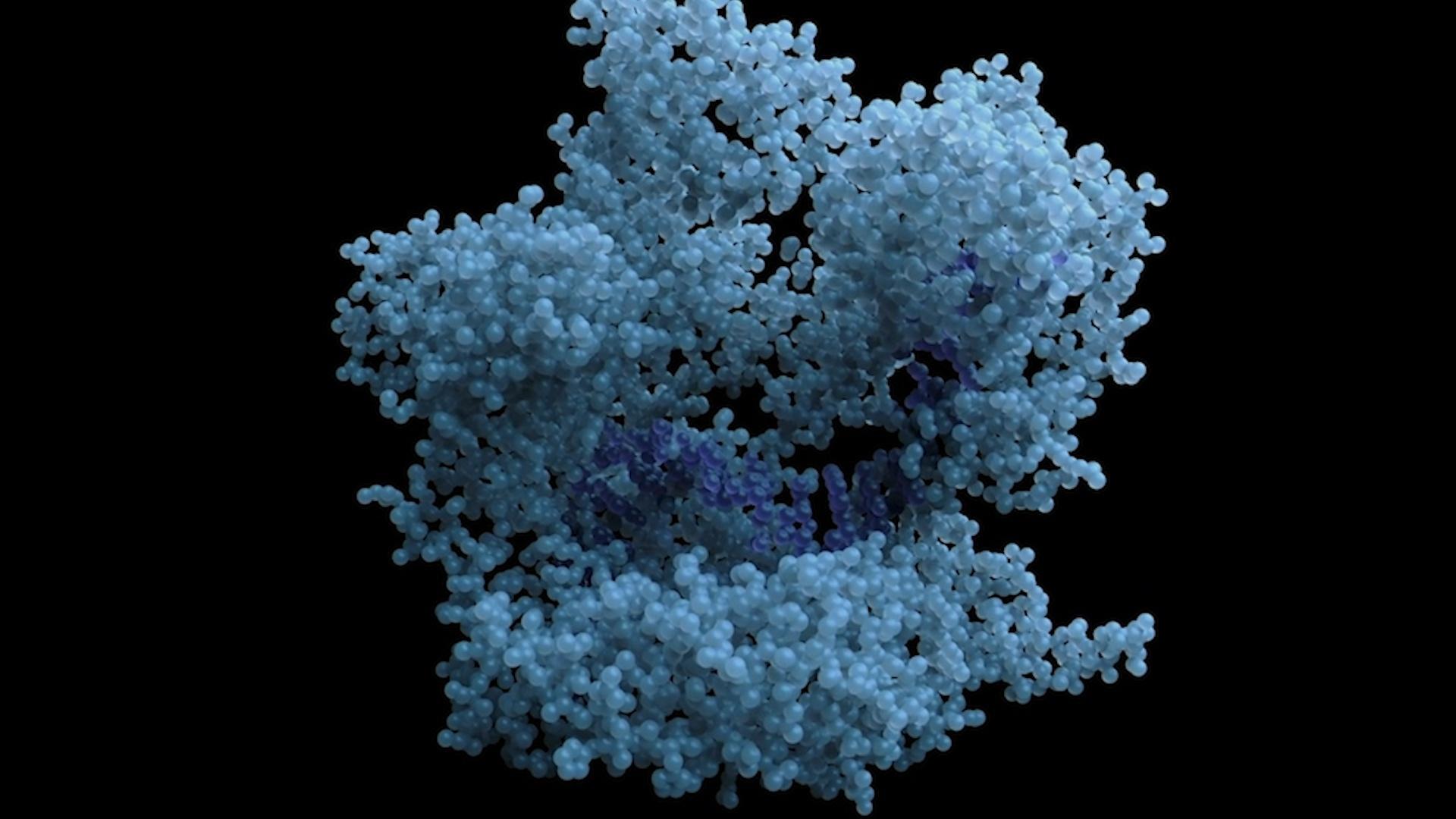 How CRISPR Works in Nature

Jennifer Doudna: What CRISPR systems are doing is they’re giving bacteria immunity to viruses, so they’re protecting them from viruses.

Fyodor Urnov: When an invader shows up, the bacterium has a way to store a small bit of the invader’s DNA in its own DNA. When the invader comes back, the bacterium makes a copy, like a little “Most Wanted” poster, of that spacer, and gives it to the marvelous machine at the heart of CRISPR…this extraordinary protein that we call Cas9. Cas9 is truly wondrous. When Cas9 polices the intercellular neighborhood for invasions, it literally carries a copy of that “Most Wanted” poster with it, asking everyone that comes in, “Excuse me. Do you contain an exact match to this little ‘Most Wanted’ poster that I’m carrying? Yes? Then I’ll cut you.”

Doudna: The thing about Cas9 that struck me at the time was that, you know, fundamentally, this thing was a programmable protein that finds and cuts DNA. As a tool, right? You could immediately see a lot of uses for something like that.

Urnov: I will never forget reading the last paragraph of Jennifer Doudna’s and Emmanuelle Charpentier’s deservedly—”immortal” is a strong word, so I’m gonna use it carefully—immortal science paper, in which they describe that Cas9 can be directed. Cas9 cuts DNA based on an instruction that it carries. And that instruction is a molecule of RNA that matches perfectly the DNA of the invader.

Doudna: RNA—I think about it as DNA’s chemical cousin. Like DNA, it has four letters, and they can form pairs with matching letters in DNA. The letters in the RNA allow Cas9 to find a unique DNA sequence. Bacteria were programming this thing all the time with different viral sequences, and then using it to find and cut and destroy those viruses. But because it’s using these little RNA molecules, those can easily be exchanged. RNA molecules are trivial to make in a molecular biology lab or order from a company, and I can cut any DNA I want just by changing this—this little piece of RNA.