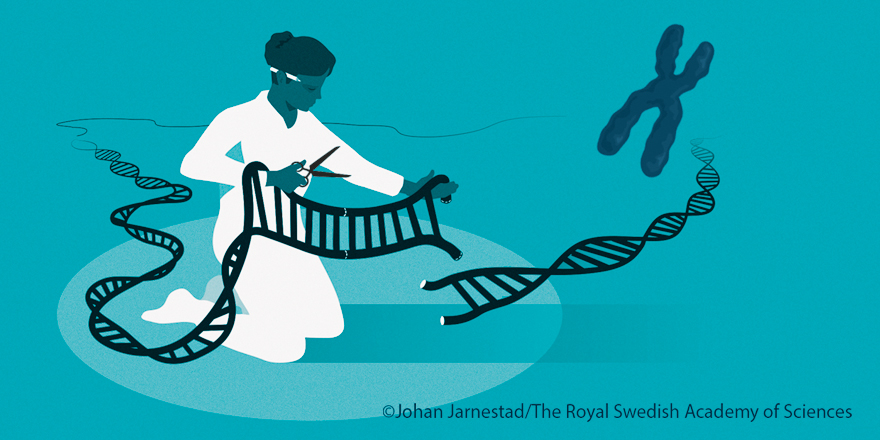 The 2020 Nobel Prize in chemistry was awarded to Jennifer Doudna, Ph.D., and Emmanuelle Charpentier, Ph.D., for their 2012 discovery of the genome-editing tool CRISPR-Cas9. It was the first time two women have won a science Nobel Prize.

Charpentier, now director of the Max Planck Unit for the Science of Pathogens in Berlin, stumbled upon a previously unknown RNA while studying the bacterium Streptococcus pyogenes. That RNA turned out to play a role in CRISPR-Cas9, a mechanism that bacteria use to defend against viruses. She published her findings in 2011 and then teamed up with Doudna, a biochemist at the University of California, Berkeley.

CRISPR-Cas9 comprises a guide RNA that zeroes in on a target in the DNA and the Cas9 enzyme that cuts the DNA, like a pair of molecular scissors. Together, Doudna and Charpentier recreated these scissors, showing they could cut DNA in test tubes and publishing a seminal paper in the journal Science in 2012.

Inside the COVID-SeroIndex – Assay Design and Performance

Join a panel of experts as they discuss the rigor involved in optimizing and scaling a reproducible serological assay for COVID-19.

Since then, Doudna’s team at UC Berkeley, as well as other scientists, have shown CRISPR can edit human DNA. The technology is now in use at labs around the world, including at CRISPR Therapeutics, a biotech company co-founded by Charpentier, which is developing a gene-editing treatment for sickle cell disease and beta thalassemia alongside partner Vertex Pharma. Editas Medicine, co-founded by the Broad Institute’s Feng Zhang, Ph.D., is working on a CRISPR-based treatment for an inherited form of blindness. The former is an ex vivo treatment, meaning editing is carried out on cells taken from a patient’s body, while the latter does the editing within the body. Both are in human trials.

The technology is in fact at the core of a patent dispute that started in 2016, when UC Berkeley, along with Charpentier and the University of Vienna, claimed the Broad Institute interfered with their CRISPR patents. In the latest round of the feud, the U.S. Patent Trial and Appeal Board (PTAB) ruled last month that a group led by the Broad Institute has “priority” in the patents it already holds for use of the tech in eukaryotic cells—which includes those of plants and animals—an application that UC Berkeley argued was an obvious extrapolation of its work.

The fight continues, with the PTAB requiring UC Berkeley to show more evidence at a future hearing that it showed CRISPR could edit eukaryotic cells before the Broad did, Science reported. The date has not been set for that hearing.

Although up to three people can share a Nobel Prize, the Nobel Committee did not recognize the Broad’s Zhang for the award, which appears to have irked some on Bio-Twitter.

On Tuesday, Doudna, along with other Berkeley scientists, also unveiled a new CRISPR company, Scribe Therapeutics, that could sidestep these intellectual property issues by developing completely new CRISPR molecules from scratch. The approach could solve other challenges in CRISPR-based medicine—such as compromising between safety, efficacy and deliverability of treatments—but designing molecules rather than discovering them in nature would result in a clearer IP landscape, said Scribe co-founder and CEO Benjamin Oakes, Ph.D.

CRISPR still contains much promise, but it also has much more to prove in a clinical setting.