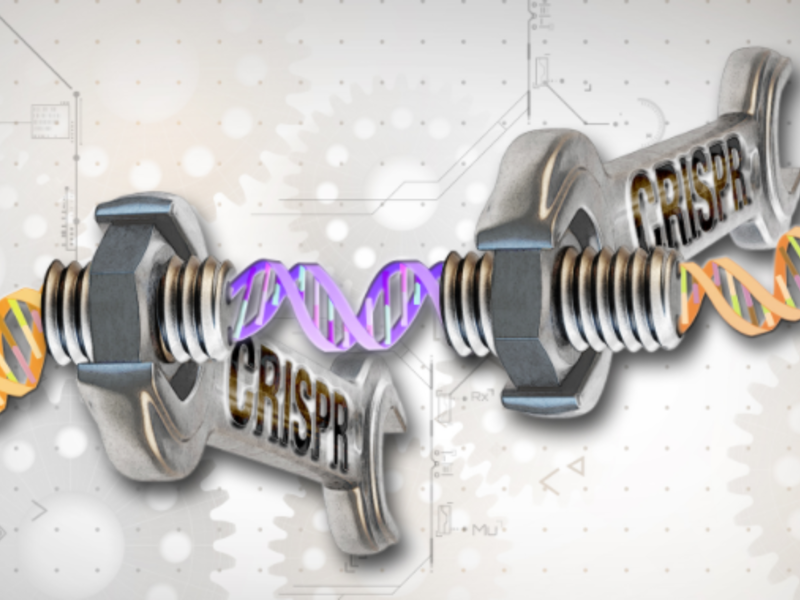 A CRISPR-based loss-of-function screen has identified host genes that are needed for SARS-CoV-2 to infect human lung cells, pointing to potential novel treatment targets for COVID-19.

SARS-CoV-2 has infected more than 40 million people worldwide, leading to more than 1 million deaths. While a number of COVID vaccines are in clinical trials, others are looking for potential therapeutics to treat the disease that strems from the virus.

Some studies have focused on viral factors required for entry into human cells, but a new study from a team led by researchers at the New York Genome Center instead searched for human genes that are needed for viral infection. They conducted a genome-scale, loss-of-function CRISPR screen to identify which genes, when lost in lung cells, made them more resistant to infection. As they reported on Saturday in the journal Cell, the researchers homed in on genes that belonged to similar pathways, particularly ones that affect cholesterol biosynthesis. They also found that a drug that alters cholesterol prevented viral infection.

“Seeing the tragic impact of COVID-19 here in New York and across the world, we felt that we could use the high-throughput CRISPR gene editing tools that we have applied to other diseases to understand what are the key human genes required by the SARS-CoV-2 virus,” co-senior author Neville Sanjana from the NYGC and New York University said in a statement.

He and his colleagues conducted a loss-of function screen that targeted 19,050 genes in the human genome, using the GeCKOv2 CRISPR-Cas9 library, which includes some 122,000 single-guide RNAs. They applied this screen to a suite of human alveolar carcinoma cells that they infected with SARS-CoV-2. Through this, they uncovered genes that, when lost, provided resistance to infection.

Among the top-ranked genes were ones already known to be involved in viral entry and replication, such as the ACE2 receptor gene that the SARS-CoV-2 spike protein targets to enter host cells.

The top-ranked genes further clustered into a number of pathways, including the vacuolar ATPases, retromer, commander, Arp2/3, and PI3K pathways.

The researchers then validated 30 of the top genes using a different CRISPR knock-out, an RNA interference, and a small molecular inhibitor approach, replicating their findings.

Using the ECCITE-seq approach that combines CRISPR editing with single-cell RNA sequencing, the researchers also examined the transcriptional effects of the loss of the top genes. For six of these — ATP6AP1, ATP6V1A, CCDC22, NPC1, PIK3C3, and RAB7A — they found similar gene expression signatures that suggested an upregulation of pathways involved in lipid and cholesterol homeostasis.

Based on this finding, the researchers examined how lung cells infected with SARS-CoV-2 would respond to treatment with amlodipine, a calcium-channel antagonist that increases intracellular cholesterol. Treatment, they found, led to an increase in cellular cholesterol levels and reduced SARS-CoV-2 infection levels.

“Since recent clinical studies have also suggested that patients taking calcium-channel blockers have a reduced COVID-19 case fatality rate, an important future research direction will be to further illuminate the relationship between cholesterol synthesis pathways and SARS-CoV-2,” co-first author Tristan Jordan, a postdoc at the Icahn School of Medicine at Mount Sinai, said in a statement.

The researchers additionally examined whether any of their top genes affected ACE2 levels, as surface ACE2 is required for viral infection. A team led by scientists at Yale University reported in Cell last week that their own genome-wide CRISPR screen, in monkey cells, implicated the host gene HMGB1, which regulates ACE2 expression, as needed for viral entry.

In the more recent study, the researchers found, using a combination of flow cytometry and confocal microscopy, that the loss of RAB7A led to a reduction of ACE2 expression at the cell surface and to its accumulation within the cell.

These findings, the researchers noted, could help efforts to uncover new therapeutics. “Current treatments for SARS-CoV-2 infection currently go after the virus itself, but this study offers a better understanding of how host genes influence viral entry and will enable new avenues for therapeutic discovery and hopefully accelerate recovery for susceptible populations,” Sanjana added.

This story first appeared in our sister publication, Genomeweb.