As the world was reminded by their Nobel win last month, Jennifer Doudna and Emmanuelle Charpentier discovered in 2012 that an ancient bacterial immune system could be rejigged to edit the genetic sequences of living things. Today, CRISPR technology is used to engineer thousands of organisms. In theory, it could cure heritable diseases, increase food security and counter the impacts of climate change. Already, infamously, twin girls have been born in China with CRISPR-edited genomes.

As the founding director of Editing Nature, a platform to support responsible decisions about genetic engineering, I’ve watched CRISPR technologies expand and transform at dizzying speeds. At times it feels like we are on a roller-coaster ride that no one remembers buying a ticket for. And many societal questions remain unanswered — such as who should have a voice in deciding how CRISPR is used, and who gets to access its benefits.

In Editing Humanity, Kevin Davies attempts to illuminate the twists and turns of the CRISPR journey. As executive editor of The CRISPR Journal and founding editor of Nature Genetics, he is intimately acquainted with the events and the people concerned. The result is both a historical record and a map, inviting readers to learn from the past to navigate the present. It is, however, only part of the CRISPR story: Davies leaves many thorny ethical issues uncharted. 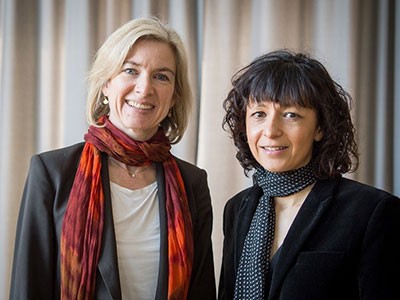 His is an all-star cast: as well as Doudna and Charpentier, there are appearances by bioengineer Feng Zhang and synthetic biologist George Church, who were the first to use CRISPR gene editing in eukaryotic cells, including those of humans, resulting in an ongoing patent dispute since 2016. And Davies highlights hundreds of other researchers who helped to enable genome editing and its many applications in microorganisms, plants and animals. While studying salt-loving archaea in Spain in the 1990s, for example, microbiologist Francisco Mojica noticed the unusual genetic repeats that are now a telltale sign of an ancient acquired immune system. There followed a decade-long journey to understand the role of those repeats, leading eventually to the coining of the term CRISPR.

Davies weaves in the histories of genetic engineering and gene therapies that pre-dated CRISPR, for interest and as a point of caution. In the 1970s, US physician Stanfield Rogers and haematologist Martin Cline administered untested gene therapies for rare inherited diseases: Rogers treated girls in Germany, two of whom had a developmental disability, for argininaemia, and Kline treated young women with β-thalassaemia in Israel and Italy. Both researchers went abroad to sidestep US institutional approval.

In the past few years, international experts have pushed for more ethical oversight of gene editing, and in 2015 they reached a consensus that human sperm, eggs or embryos should not be gene-edited. But in 2018, in front of an astonished assembly of scientists, ethicists and journalists in Hong Kong, He Jiankui described how his team (which included Chinese and US scientists) had CRISPR-gene-edited human embryos in an attempt to provide protection against HIV infection. Twin girls, known only by the pseudonyms Lulu and Nana, were thereby born with every cell genetically altered, including the reproductive cells that could pass the change to future generations. 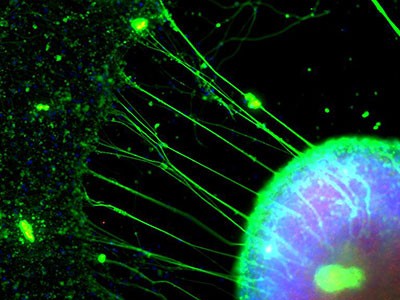 Davies’s telling of this disturbing saga is gripping, even for someone like me who followed it as it happened. Davies points fingers at He’s circle of US confidants for not halting such an ethically dubious experiment (Nature 566, 427; 2019). His unearthing of government and institutional involvement in these experiments left me with an eerie feeling of history on repeat: most non-consenting participants in rogue gene-therapy trials today and in the past were young women and girls.

Despite this misuse of power, CRISPR continues to propel advances in the clinic, in the field and in the environment. Davies offers adroit descriptions of its potential to cure conditions from sickle-cell disease to cystic fibrosis. He delves into how CRISPR could be used to create tastier tomatoes, hardier oranges and hornless cattle, although he could have more deeply explored how it might transform world food-supply chains. China, for example, has invested billions of dollars in CRISPR gene-editing technology in the hope of feeding the nation and increasing exports.

Davies makes a complicated technology clear, succinct and engaging. Yet he fails to give equal attention to its ecological, social, political and ethical ramifications. The chapter on pushing genetic edits into the environment, for example in mosquitoes designed to suppress those that carry malaria, does not mention whose value systems will shape decisions about deploying such CRISPR-based ‘gene drives’ in the wild.

Davies also doesn’t fully address the inadequacies of regulatory agencies or intergovernmental bodies. Most do not effectively engage interdisciplinary expertise and affected communities to inform decision-making about CRISPR. Not a single member of the World Health Organization’s human-gene-editing advisory committee identifies as having a physical disability. Yet one focus of that group is to develop global-governance standards for CRISPR-based therapies that could one day eliminate certain disabilities such as deafness and dwarfism. 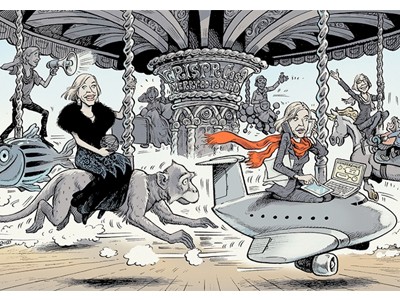 Narratives shape perceptions, and can be used to maintain the status quo or to envision new kinds of futures. I was relieved to see that the book gives contemporary female scientists the leading roles they deserve. But I was troubled by an insensitive remark suggesting that Chinese scientists tend not to be affable, and (given continuing protests over racialized police brutality) by a page-long metaphor likening bacterial immune defences to police surveillance. CRISPR’s ability to transform the collective human experience demands social context defined by diverse perspectives, such as can be found in Angela Saini’s Superior, Françoise Baylis’s Altered Inheritance, Kim TallBear’s Native American DNA, Charles Mann’s The Wizard and the Prophet and Alondra Nelson’s The Social Life of DNA.

Editing Humanity, one of several popular books on CRISPR just published or in the pipeline, clearly charts the terrain of this new world. But like any map, it can’t tell us how to get from A to B. To arrive at a healthy and just future requires an ethical compass, guided by a rich chorus of lived experiences. History is being written and everyone deserves to have a voice.