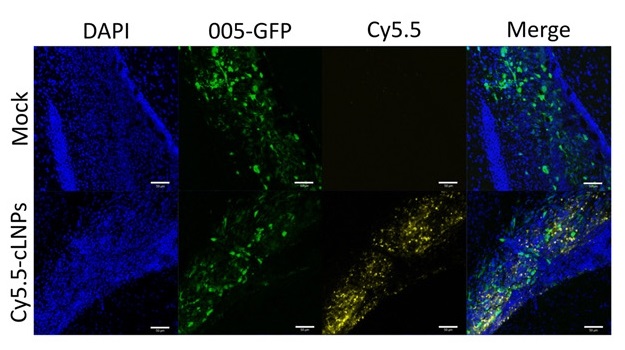 Scientists in Israel have used the CRISPR Cas-9 gene editing system to destroy cancerous cells in mice without damaging other cells. Their research – the first of its kind – suggests that the system can be utilized to address cancer in animals, according to Professor Dan Peer, whose peer-reviewed research was published in the Science Advances journal.

According to Peer, there are also “no side effects” from the process, and described it as a “more elegant” chemotherapy while speaking to the Times of Israel. Peer went on to state that he believes that when cancer cells are treated in this manner, they never become active again. In humans, this technology may be able to extend life expectancy, according to Peer.

To conduct the research, the scientists used hundreds of mice with two of the most aggressive forms of cancer: glioblastoma and metastatic ovarian cancer. The mice who received the treatment had double the life expectancy as their counterparts, with a 30% higher survival rate.

Peer stated that his team plans to develop a treatment for all cancers and that their technique could be ready for humans within the next two years. At the moment, CRISPR Cas-9 is only utilized for rare diseases on cells that have been removed from the body.

In the future, the treatment could be tailored to each patient based on a biopsy. This procedure would determine whether they receive a general injection or one directly into their tumor. Peer went onto say that he believes that, in the near future, there will be many personalized treatments based on genetic messengers.

This is not the only good news out of the CRISPR realm as of late. Back in September, Vertex Pharmaceuticals and CRISPR Therapeutics – the company behind the CRISPR Cas-9 platform – announced that the European Medicines Agency (EMA) had granted Priority Medicines (PRIME) designation to CTX001, an investigational ex vivo CRISPR Cas-9 gene-edited therapy for the treatment of severe sickle cell disease. The two companies have been in a strategic research collaboration agreement since 2015, focused on using CRISPR Cas-9 to discover new potential treatments.

CTX001 is being developed under a co-development and co-commercial agreement between the two organizations. The product is the most advanced gene-editing approach in development for transfusion-dependent beta thalassemia (TDT) and severe sickle cell disease.

“Operationally, you design a stretch of 20 [nucleotide] base pairs that match a gene that you want to edit,” George Church, a professor of genetics at Harvard Medical School, told the news source. “Then the RNA plus the protein [Cas9] will cut — like a pair of scissors — the DNA at that site, and ideally nowhere else.”

Once the DNA has been cut, the cell’s natural repair mechanisms kick in. In turn, they begin to work to introduce mutations or other changes to the genome.

CRISPR Cas-9 has been popular in recent years, and notably, it is approximately four times more efficient than the previous genome-editing tool, known as TALENS.

“I think the public perception of CRISPR is very focused on the idea of using gene editing clinically to cure disease,” Neville Sanjana of the New York Genome Center and an assistant professor of biology, neuroscience and physiology at New York University, told the news source. “This is no doubt an exciting possibility, but this is only one small piece.”