Scientists just used CRISPR to cure the simian equivalent of HIV. Here’s why this is a big deal – Salon

Scientists just used CRISPR to cure the simian equivalent of HIV. Here’s why this is a big deal – Salon 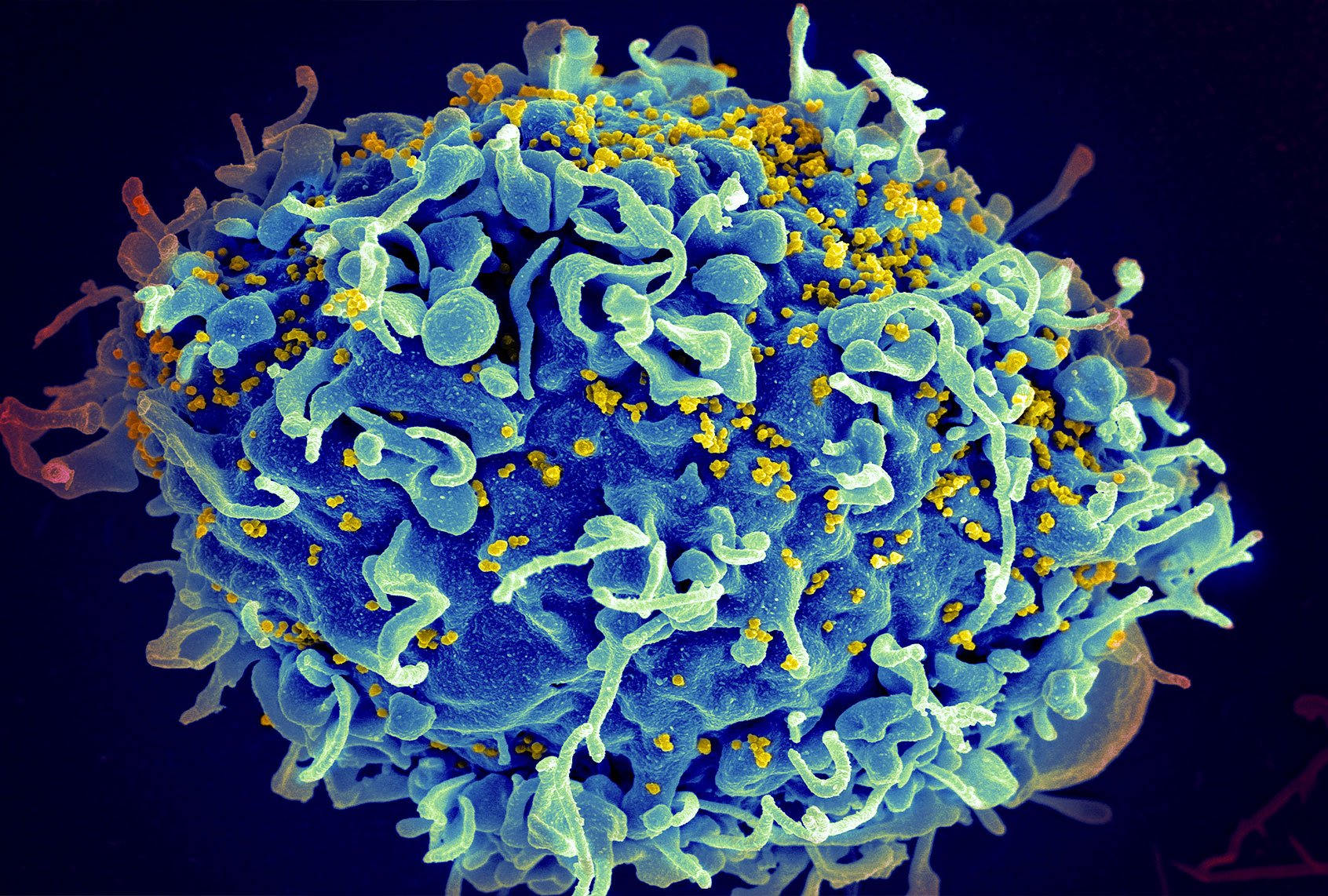 With multiple coronavirus vaccines being produced as we speak, the COVID-19 pandemic appears to have an end in sight, though the HIV pandemic continues after more than 40 years. That might seem like a head-scratcher: why is HIV, a virus we’ve known about for decades, so much harder to cure than a virus discovered just last year? Part of the reason is that HIV, as a retrovirus, is a more complex virus to vaccinate against than SARS-CoV-2 — hence why a vaccine or other cure has eluded scientists for decades.

Now, a surprising new study on a related retrovirus shows incredible promise for the potential to develop a cure for HIV, or human immunodeficiency virus. In an article published in the scientific journal Nature Communications, scientists revealed that they had used CRISPR – a genetic technology that can alter DNA and whose developers won the 2020 Nobel Prize in Chemistry — to successfully edit SIV (simian immunodeficiency virus), a virus similar to HIV, out of the genomes of non-human primates.  Specifically, the scientists were able to edit out the SIV genome from rhesus macaque monkeys’ infected cells.

The study was co-authored by a number of scientists including experts from the Temple University, the Tulane National Primate Research Center, the Tulane University School of Medicine and the Texas Biomedical Research Institute.

“This study used the CRISPR CaS9 system, which has been described as molecular scissors,” Andrew G. MacLean, PhD, wrote to Salon. MacLean is an associate professor at the Tulane National Primate Research Center and the Department of Microbiology and Immunology at Tulane University School of Medicine and was a senior co-investigator of the study. “It uses a highly specific targeting system to cut out a specific portion of DNA that is necessary for HIV to be able to produce more virus.”

He added, “Our collaborators at in the Khalili Lab at Temple University have developed a method of ‘packaging’ this within a single so-called vector. A vector is a non-disease causing virus that is used as a carrier for the CRISPR CaS9 scissors to get it into the tissues of interest.”

The experiments with SIV are considered to be a gateway to understanding HIV, as HIV is believed to have evolved from SIV, and is genetically similar.

“The rhesus macaque model of HIV/AIDS is the most valuable model to test efficacy of new interventions or approaches for preventing or treating HIV infection, prior to human clinical trials,” Binhua Ling, PhD, associate professor at the Southwest National Primate Research Center, Texas Biomedical Research Institute, wrote to Salon. “This first proof-of-principal study on the rhesus macaque model indicates that this virus-vehicle-delivered-CRISPR system can reach many tissue sites of the body, and is able to effectively delete virus DNA in infected cells. This paves the way for applying the same technology to the human body, which could lead to a cure for HIV infection.”

Tricia H. Burdo, PhD, another senior co-investigator on the new study who works at the Lewis Katz School of Medicine at Temple University, explained to Salon by email that “HIV is in a class of viruses (retroviruses) that inserts itself into the DNA of the host, so you can really think of this now as a genetic disease” — in other words, the kind of thing that would be ripe for CRISPR’s scissors-like ability to remove errant or unwanted genetic material. Burdo notes that the CRISPR technology discussed in the article “cuts out this foreign viral gene.”

Burdo explained that antiretroviral therapy (ART) is currently used to treat HIV complications, but that these drugs “only keep the virus quiet.” When ART drugs are exhausted, “the virus can come to life” once again.

“Our technology is designed to cut out the viral DNA from the person’s genetic material so once ART is stopped, there is nothing there to reactivate and cause disease,” Burdo added.

Burdo also pointed out that while people can survive while taking ART drugs every day, “there are side effects to the drugs themselves” and that there is still a “stigma” associated with having HIV. Common side effects to ART include redistribution of fat, loss of appetite, nausea and vomiting, diarrhea, cholesterol problems, insomnia, rashes, fatigue and mood swings, according to Healthline.

“Our ultimate goal is to cut the virus out of cells and remove the need for ART medicine,” Burdo wrote to Salon. “We still have a long way to go but this study was a step in that direction.”

She said future steps will include experimenting on monkeys, then “remov[ing] ART medications and determine the effect.” “We know we can cut the virus from the DNA but need to see if we can cut it out from enough cells so we stop ART medication forever,” she said.

MacLean echoed Burdo’s observations. “The next step, which is already underway, is a longer follow up (three months instead of the three weeks in the present study),” MacLean told Salon. “We aim to confirm continued safety and efficacy of the technology and determine if the longer treatment leads to even higher levels of viral clearance from key tissue compartments or if there are areas of the body that this particular therapy does not reach as effectively.”