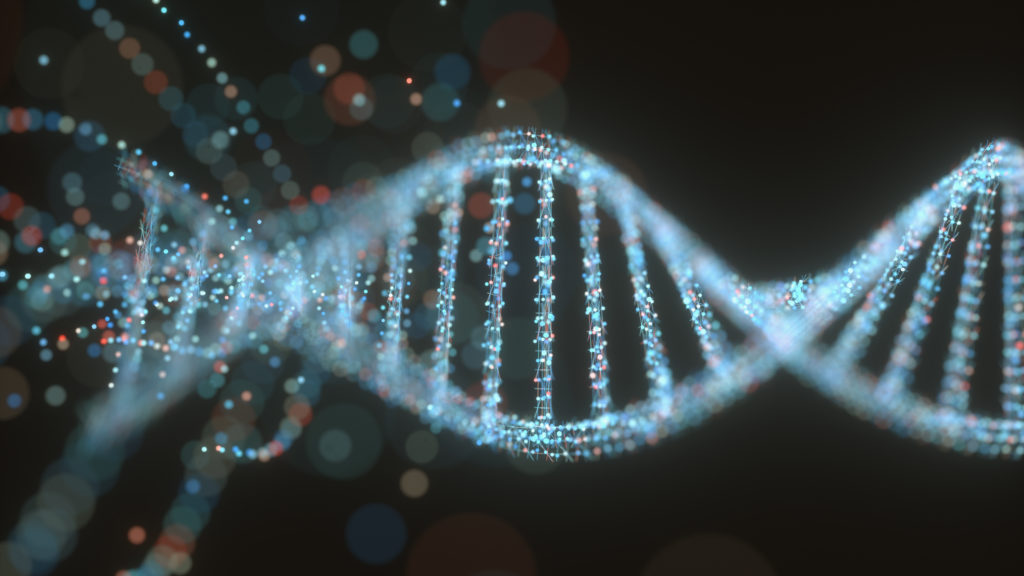 Ten patients treated with a CRISPR-based gene-editing therapy for the inherited blood disorders sickle cell disease and beta-thalassemia have shown a consistent and sustained response with manageable side effects, according to interim results from two clinical trials reported Saturday.

Vertex Pharmaceuticals and CRISPR Therapeutics are jointly developing the one-time gene-editing treatment called CTX001. After being given the therapy by infusion, all patients in both studies have been free from symptoms of the diseases and have not needed blood transfusions. Although follow-up is still relatively short, the encouraging results raise hope that one-time cures for both blood disorders might be possible.

CTX001 is the first and most advanced effort to use the Nobel Prize-winning CRISPR/Cas9 technology to provide functional cures for inherited diseases.

The CTX001 data are being presented on Sunday during the plenary session of the annual meeting of the American Society of Hematology. Separately, Bluebird Bio is presenting updated clinical trial results on its sickle cell gene therapy at the ASH meeting. The same gene therapy secured approval in Europe last year to treat beta-thalassemia.

“We have made the pivot that we’ve been waiting for. There shouldn’t be any question at all that the ability to offer patients long-term disease control using genetic tools is here,” said Alexis Thompson, hematology section head at the Ann and Robert H. Lurie Children’s Hospital in Chicago, referring to both approaches to treat the blood disorders.

The sickle cell patient community looks at the potential for gene-edited cures with “guarded optimism,” said Beverley Francis-Gibson, president of the Sickle Cell Disease Association of America. “The possibility that there could be a cure for sickle cell disease is what excites everyone, obviously, but at the same time, patients want to see what will happen. They are asking for more information and transparency about the process. How will this impact my quality of life? What is the cost?”

Sickle cell and beta-thalassemia are both caused by mutations in the gene responsible for the production of oxygen-carrying hemoglobin. In sickle cell, the mutation causes red blood cells to become misshapen and clump together. When these “sickled” red cells become clogged in blood vessels, they case bouts of extreme pain called vaso-occlusive crises that can lead to organ damage, stroke, and early death. In beta-thalassemia, a slew of different mutations each produces the same result: too little production of hemoglobin, severe anemia, and organ damage.

The goal of the Vertex/CRISPR therapy is to functionally cure both disorders by increasing the production of fetal hemoglobin — the healthy, oxygen-carrying form of hemoglobin that is produced during fetal development but normally shuts down soon after birth. Higher levels of fetal hemoglobin in people with sickle cell disease and beta-thalassemia is associated with reduced symptoms and improved outcomes.

To do this, hematopoietic (blood-producing) stem cells are collected from patients and sent to a lab, where researchers genetically edit the cells using CRISPR/Cas9 so they will make fetal hemoglobin.

Patients then undergo treatment with busulfan, a chemotherapy drug, to obliterate any mutation-carrying stem cells that might remain in their bone marrow. Once prepared, patients receive an infusion of the CRISPR-edited cells — CTX001 — which engraft in the marrow and, if all goes well, start producing healthy, normal red blood cells.

The Vertex/CRISPR clinical trial, called CLIMB-111, has so far enrolled 13 patients with beta-thalassemia, seven of whom have been followed long enough to be evaluable for response. Five of the seven patients are female. A breakdown of patients by race was not provided. Before entering the study, patients had been undergoing a median of 15 blood transfusions a year.

After CTX001 infusion, all seven patients have been transfusion free, with follow up ranging from three to 18 months.

Five of the seven patients have been followed for six months, during which their total hemoglobin levels were in the normal range — nearly all of it consisting of the fetal hemoglobin produced by the CRISPR’d cells.

The second paired study, called CLIMB-121, has enrolled six patients with sickle cell disease. Data on three evaluable patients is being reported at the ASH meeting. Two patients are Black females, one is a Black male.

Before treatment with CTX-001, the three patients were experiencing an average of six vaso-occlusive pain crises a year. After treatment, all three  have been crisis-free, with follow-up times ranging from three to 15 months.

One beta-thalassemia patient experienced a severe, inflammatory immune response deemed possibly related to CTX-001, but which resolved. Most of the side effects reported across both studies — fever, infections, liver toxicity, colon inflammation, and sepsis — were related to toxicity caused by the busulfan chemotherapy used to prepare patients for CTX-001. All of the side effects were manageable.

“In our presentation, we are cautioning that these data are preliminary, but they’re also nothing short of great,” said Haydar Frangoul, medical director of pediatric hematology and oncology at Sarah Cannon Research Institute in Nashville, Tenn. Haygar is presenting the CTX001 data at the ASH meeting on Sunday.

Frangoul treated the first sickle cell patient to enter the CTX001 study — Victoria Gray, a mother of three from Mississippi. Gray’s story has been told in a series of reports by National Public Radio.

“For Victoria, it’s been a great success story,” said Frangoul. “Her life has really changed because now she is able to be a full-time mom who doesn’t have to leave her children with family members when she is hospitalized. She doesn’t have to run to the ER, she doesn’t get tired frequently like she used to, so she is living pretty much a normal, happy life. Getting the stress of sickle cell disease away from her life has been incredibly satisfying for her and her family.”

The results are “early but impressive,” said Biree Andemariam, founding director of the New England Sickle Cell Institute at the University of Connecticut.

“These are pretty sick patients. They didn’t just choose young, healthy patients. They chose patients who are really challenged by their disease,” she added. “It’s a practical application of gene therapy to a post-approval time period. These are the kinds of patients with sickle cell disease that is clearly impacting their lives, probably contributing to progressive underlying organ damage over time. And it’s the type of patient that will eventually want and get referred for gene therapy.” Andemariam did not participate in the CTX001 studies, but reviewed the data ahead of the ASH presentation at STAT’s request.

Vertex and CRISPR continue to enroll patients with sickle cell disease and beta-thalassemia into the clinical trials. The companies have not disclosed a timeline for when the studies might be complete, or when submissions for approval in the U.S. and Europe might happen, assuming the data continues to be positive.

Bluebird Bio is developing competing gene therapies for both of these blood diseases that uses a re-engineered virus to deliver a different functional form of hemoglobin into patients’ bone marrow. One of the Bluebird products secured approval for beta-thalassemia in Europe in 2019 and a U.S. filing for the same disease is expected in the middle of next year. The company’s sickle cell program, using a related gene therapy, has been delayed due to manufacturing issues and isn’t scheduled to be filed for approval until late 2022.

CTX001 is the first gene-editing treatment to emerge from CRISPR Therapeutics’ pipeline with clinical data in patients. Initial results from two patients were announced one year ago. In October, the company advanced another program, showing early study data from a CRISPR-enabled cell therapy for patients with advanced B-cell lymphoma.

Vertex is best known for a stable of highly effective drugs that treat nearly all forms of cystic fibrosis. More recently, through partnerships with CRISPR Therapeutics and with Moderna, and through an acquisition of Semma Therapeutics, Vertex is focusing a larger part of its research effort on curative therapies.

“When we looked at these data, and had the recent opportunity to get the latest update, there was a moment of silence,” said David Altshuler, Vertex’s chief scientific officer. “You realize that you are seeing for the first time the use of CRISPR in a human genetic disease actually playing out across a meaningful number of patients, and to envision not only what this means for these patients with sickle cell and beta-thalassemia, but the potential of CRISPR for many more patients in the future.”