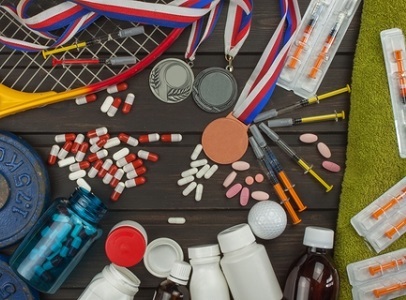 The past 10 years have illustrated the potential of the CRISPR-Cas9 gene editing system, but also the challenges that accompany such a powerful technique. When discussing the use of CRISPR-Cas9 in humans, “designer babies” is often the first negative brought up—and rightfully so. Germline editing of human DNA using CRISPR-Cas9 could allow persons to manipulate babies by changing their eye color or hair color, for example.

Now, German researchers have extrapolated that situation further—what if athletes are tempted to use CRISPR to change their DNA for the better?

“The possibility of misuse in sports cannot be ignored,” Mario Thevis, a professor for preventive doping research at the German Sport University Cologne, told Laboratory Equipment. “Such monitoring necessitates adequate testing approaches and while assays for detecting gene therapy strategies relying on gene transfer and RNA interference have been under development and available for some years, focusing on CRISPR-Cas9 in the context of anti-doping was still to be addressed.”

Thevis and his team recently took the first steps toward detecting this type of doping both in human plasma and live mice.

A key variable in CRISPR-Cas9 is Cas9 itself. It is derived from the bacteria Streptococcus pyogenes (SpCas9), which, according to Thevis, makes it an ideal candidate to screen for as its presence suggests the deliberate use and injection of the endonuclease. So, Thevis and his team developed a bottom-up analytical approach via immunoaffinity purification, liquid chromatography and high-resolution mass spectrometry intended to do just that.

The team spiked the SpCas9 protein into human plasma and extracted it by means of immunoaffinity purification, creating small peptidic fragments. Analyzing the fragments by LC and HRMS, the researchers found they could successfully identify unique components of the SpCas9 protein from the complex plasma matrix.

With just a slight modification, the method proved it could not only detect the active form of SPCas9, but the inactive form as well. Inactivated Cas9 can regulate gene expression without altering DNA, making it an additional stealthy strategy to increase performance-enhancing hormones.

Ultimately, in a proof-of-concept experiment, the researchers showed their method could detect both active and inactive SpCas9 up to 8 hours after injection into muscle tissue.

Thevis and team stress that this is only the first step, with more work to be done toward the establishment of a doping test. They are already looking at increasing the method’s sensitivity to target analytes beside Cas9, including non-natural single guide-RNA.

The scientists are also considering expanding and/or complementing the analytical approach to support the analysis of larger quantities of routine doping control samples with faster turnaround times.