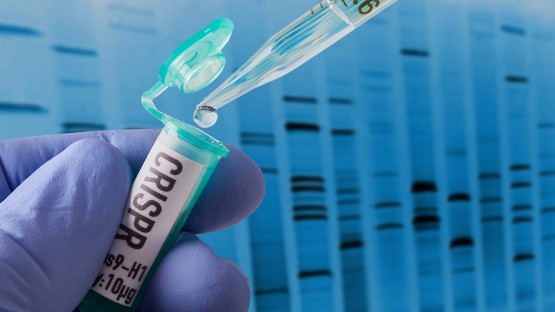 Since the genetics revolution, biologists have been working to understand the roles that individual genes play, often with the help of advanced techniques.

One such method, mosaic analysis, has led to many discoveries of the functions of genes. Although mosaic analysis has been widely used in Drosophila, a popular model organism, it is much harder to implement in other organisms.

A new paper describes a technique called Mosaic Analysis by gRNA-induced Crossing-over (MAGIC), which uses CRISPR/Cas9 gene editing technology to make mosaic analysis much simpler. Though the proof-of-principle experiment was done in fruit flies (Drosophila), it can theoretically work in any organism where CRISPR methods apply.

The study, “Versatile CRISPR/Cas9-mediated Mosaic Analysis by gRNA-induced Crossing-over for Unmodified Genes,” was published Jan. 26 in the journal PLoS Biology.

The study includes senior co-authors Mariana Wolfner ’74, professor of molecular biology and genetics and a Stephen H. Weiss Presidential Fellow in the College of Arts and Sciences, and Chun Han, associate professor in the Department of Molecular Biology and Genetics and the Weill Institute for Cell and Molecular Biology in the College of Agriculture and Life Sciences.

“Mosaic analysis has played pivotal roles in major discoveries in cell biology, development and gene function,” Han said. “But this analysis has been restricted to organisms like Drosophila, because it required complicated genetic modifications of the chromosome of interest and combinations of multiple genetic components into a single organism. These are difficult to accomplish even in model organisms and impossible in other organisms.”

Normally, every cell in an animal contains the same set of genes (or genotype), half from each parent. But occasionally, in some cells, chromosomes from the two parents recombine – exchanging genes between them. In the subsequent cell division, chromosomes can sort in a way to generate daughter cells with different genotypes. Animals carrying these mixed populations of cells are called mosaics.

Mosaics allow researchers to determine the function of genes that cannot be studied in whole animals, such as genes whose activities are needed for survival. By studying mosaic animals that contain only a subpopulation of fluorescently-labeled cells lacking functional copies of a gene of interest, researchers can study what happens to those cells, thereby shedding light on the gene’s cellular and biochemical functions, and also allowing them to follow the developmental fate of those cells.

Scientists have developed tricks to induce these useful mosaics. Each trick requires that a chromosomal break be generated to trigger the recombination event. Previous methods to generate such breaks required complicated genetic manipulations to insert special DNA sequences into chromosomes. This limited mosaic analysis to a very few organisms, and often to only a few tissues within them. The Cornell team has harnessed the power of CRISPR-based genome editing to simplify the generation of mosaics “so you can potentially use this in any organism,” Wolfner said.

After teaching a lecture on how CRISPR/Cas9 generates precise DNA breaks in chromosomes, followed by one on mosaic analysis, Wolfner was struck by the idea that targeted chromosome breaks made with Cas9 and a “guide RNA” might provide an easy and general way to make mosaics. Her colleague Chun Han, a leader in CRISPR manipulation of Drosophila and an expert in mosaic analysis, tested this hypothesis in Drosophila. When the test showed that the method worked, Han devised a way to make MAGIC practical to any cell type or tissue, including marking the cells of each genotype with fluorescent markers. Then, the two labs showed that MAGIC could generate mosaics in many tissues and strains.

By simplifying the process to make the chromosome breaks that are needed to get mosaics, Cornell’s MAGIC technique expands the “toolkit” that researchers can use to understand gene action in, potentially, any organism.